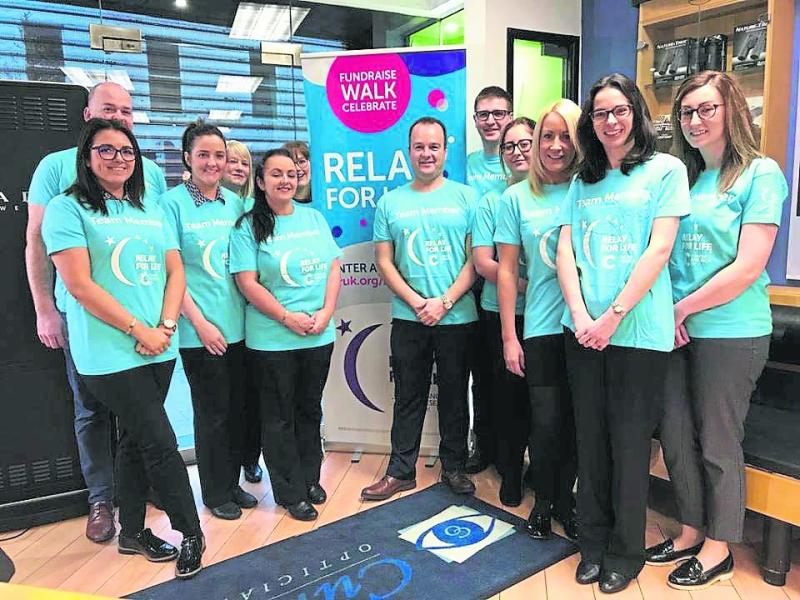 A family opticians in Derry, who have witnessed the devastating effect cancer has had on the people of the city, have set out to raise £4,000 to fight the disease. Curtis Opticians are celebrating their 90th anniversary this month and have family clientele who have been coming to them for up to five generations. “We get to know our customers really well and we have seen them go through tough times and losing people,” explained Ian Curtis, who co-owns the business with his brother Paul. “But on the flip side of that of course you see the people coming back in who have beaten it too.” The Curtis brothers had their own brush with cancer last year when their father Derek was diagnosed with prostate cancer. Thankfully, he is now doing well and will take part in the Survivors' Lap at the Legenderry Relay for Life in aid of Cancer Research on Saturday June 23. “It was caught and successfully treated but the Big C-Word is something no one likes to hear,” said Ian. “I don’t think there is a family that hasn’t been touched by cancer in some way. My wife lost both her parents to it at a young age.” After hearing about how successful last year’s Legenderry Relay for Life event, which raised over £140,000 for Cancer Research, was Curtis Opticians decided to enter a team. “A lot of our customers were involved last time round and they all said it was a great event,” said Ian. “We went to the information event and we were really impressed by the organisers and how positive they were and the drive they have to make it a success.” The Curtis team have already raised £2,000 which they hope to double by the end of the 24-hour event. “Our suppliers have been very generous so we have been able to run raffles and bonus ball events for prescription glasses and sunglasses and we had a coffee morning which raised £750,” added Ian. “It’s been a great team building for the staff and we’ve had lots of support t from friends and family.” For more information visit the Legenderry Relay for Life Facebook page.
ADVERTISEMENT - CONTINUE READING BELOW