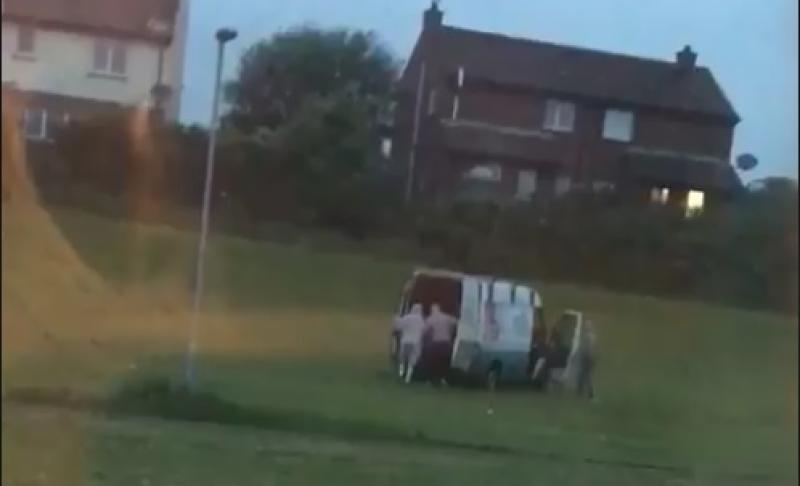 There have been calls for a 'robust response' after an incident in the Galliagh area of Derry last night where a stolen van was driven recklessly through the estate. Commenting, Derry Sinn Fein Councillor Sandra Duffy has said a robust response is needed to deal with car criminals who are causing havoc in Galliagh and putting local lives in danger. “Once again we had car criminals on the streets of Galliagh causing havoc, putting resident’s lives in danger and leaving a local person without their works vehicle," she said. "The stolen vehicle was driven recklessly around Galliagh before crashing into the front of the Co-Op. "These car criminals have absolutely no regard for the people of this area. "What is needed is a robust response and what I mean by that is those responsible for striking fear into the community need taken off our streets and brought before the courts. Cllr Duffy added: "The PSNI need to make this a priority before someone is killed and there also needs to be a cross border strategy with An Garda Síochána as these gangs are also using the back roads network between Derry and Donegal to carry out their death riding." Meanwhile, the SDLP's Brian Tierney added: "The actions of those who decided it was a good idea to steal a local man's work van drive it around the Galliagh area, in a crazy manner and crash it into the Co-op is totally and utterly unbelievable." "These actions effect the entire community, which these people seem to have no respect for. Parents please have a word with your children and make sure they are not involved in this behaviour."
ADVERTISEMENT - CONTINUE READING BELOW