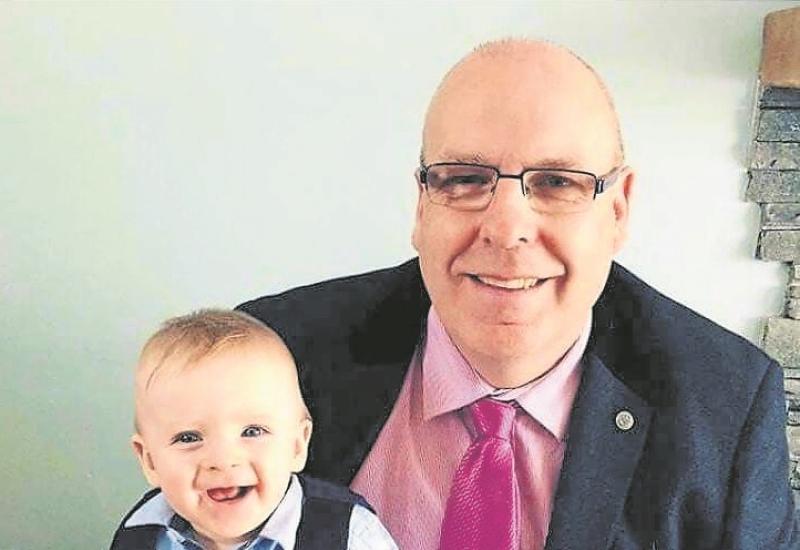 A DERRY man who lost three family members to cancer is undertaking a huge fundraising effort to help fight all types of the disease. Ivan Black’s brother Ian died 23 years ago, just four years after he was diagnosed with the disease. “He was a big, strong hardworking man and he didn’t drink or smoke,” said Ivan. “We noticed he had a few bruises and he went to the doctor and was told it was leukaemia. “He had a bone marrow transplant and he got the all clear, but 24 hours later his body rejected it and he passed away up in the Royal in Belfast.” Just two years later Ivan’s father George died from stomach cancer and eight years after that he lost his 47-year-old sister Frances McNeill to breast cancer. “Cancer doesn’t care of you are rich or poor it affects everyone no matter what age, race or religion you are,” said Ivan. “And cancer can be so cruel.” After hearing about last year’s Legenderry Relay for Life event Ivan, who is a Slimming World Consultant, pledged to put a team together. When he approached his groups at Bready Cricket Club and Tullyally Community Centre about taking part in the 24-hour event they were happy to oblige. The 40-strong group, who have lost an incredible 125 stone between them, have already raised over £1,000. “Cancer has touched the hearts of everyone,” said Ivan. “My groups grasped the opportunity to take part straight away. “We have one member who just lost their father-in-law to cancer and we have a member in our Tullyally group, David Topping, who is a cancer survivor and he will taking part in the survivor’s lap. “I like the idea that the event is 24-hour because cancer is with people all the time. “I think the fact that it goes through the night is very fitting because it will be tough going but there will be a be the lightness of a new day coming “There is always light at the end of the tunnel with this disease because there are always new cures coming. “I sometimes wonder if my brother got sick now would he have lived for a bit longer because of the advances in treatment.” The Relay for Life evet will take place in St Columb’s Park on Saturday June 23. For more information visit the Relay for Life Facebook page. PICTURE ABOVE - Ivan Black pictured his grandson Alfie who is also taking part in the Relay for Life event.
ADVERTISEMENT - CONTINUE READING BELOW