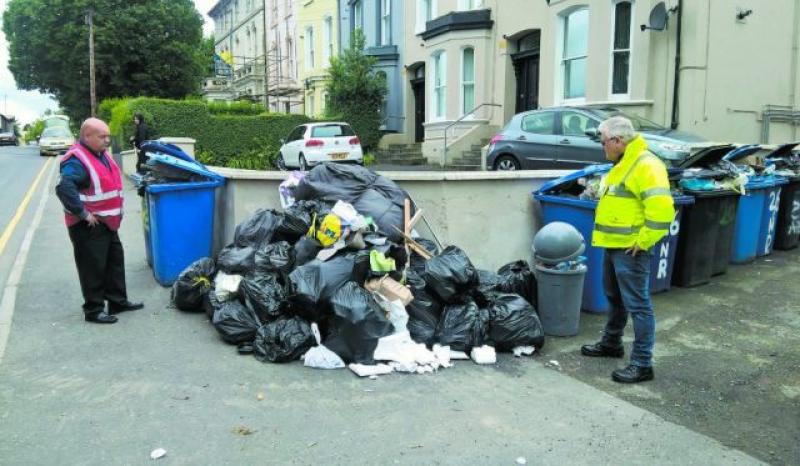 Concerns have been raised after it emerged jthat only six penalty notices were handed out by Derry's council for illegal dumping over the past year. The figure emerged at this afternoon's meeting of Derry City and Strabane District Council's Audit, Assurance and Risk committee, held at the Guildhall. An audit report brought before the meeting revealed that six penalty notices were handed out by the council for fly-tipping over past year. Commenting, the DUP's Hilary McClintock said she was 'dissapointed' at the number of notices handed out, given that fly-tipping was such a 'big issue' for people living in the local district. Her concerns were echoed across the chamber, and it also emerged at the meeting that a new group is to be set up within the council to look at the issue. See Monday's Derry News for more on this story. Above - council staff pictured inspecting rubbish in the Rosemount area.
ADVERTISEMENT - CONTINUE READING BELOW