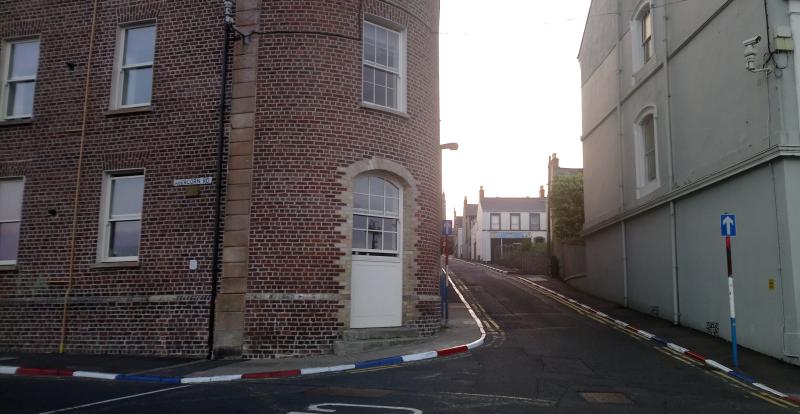 Concerns have been raised after kerbstones outside new residential apartments in Derry were painted red, white and blue. The new apartments recently opened at a building which formerly housed a shirt factory at the junction of Abercorn Road and Wapping Lane close to the Fountain estate, pictured above. Commenting, the independent councillor Gary Donelly said he was contacted by residents of the area after the kerbstones were painted late last night. He has now called for community representatives in the Fountain to address the issue. "These flats only recently opened and I'm sure that people of every religion are living there," he said. "I have been contacted by residents living in the area who are both concerned and angry that this has happened. "This sends out a very negative message and I would call on any community representatives with influence in the Fountain area to take action to have this resolved in the interest of community relations."
ADVERTISEMENT - CONTINUE READING BELOW