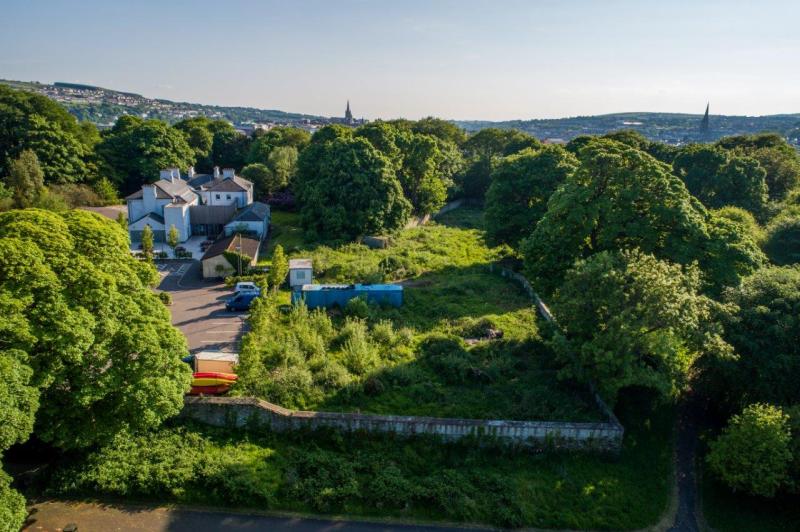 A consultant team has been appointed by Derry City and Strabane District Council to undertake the regeneration work at the Walled Garden in St Columb’s Park. The ambitious plans were given the green light by planners in July last year and now WDR & RT Taggart have been announced as the lead consultant tasked with redeveloping the historic site to the rear of St Columb’s Park House. The plans will include the development of the historic path network and the rebuilding part of the walled garden enclosure This work is listed as a priority capital project in the Strategic Growth Plan for the City and District, which aims to both protect and promote our natural and built heritage assets and develop our parks and green spaces. Over £370,000 of external funding has been secured for the work to date through the EU’s PEACE IV Programme. This funding will ensure the completion of the regeneration of the historic walled garden which will be supported by a programme of peace building activity. Mayor of Derry City and Strabane District Council, Councillor John Boyle, welcomed the appointment of WDR & RT Taggart and said the work would greatly enhance the appeal of St Columb’s Park. “I am delighted to see this project move to the next stage, the site has long been in need of attention and will become a valued community resource once complete. “I look forward now to seeing the delivery of the plans which will greatly enhance this beautiful parkland area and further improve the Park’s historic, cultural and landscape amenity to the benefit of the entire city.” Welcoming the appointment, Gina McIntyre CEO with the Special EU Programmes Body, said: “I am delighted to see that this EU PEACE IV funded project is now moving onto its next stage of development. Upon conclusion it will regenerate an important historic feature of the city and also deliver upon vital peace and reconciliation work that will bring different communities together in a safe environment where they can learn from each other.” Speaking after receiving confirmation of their successful appointment, spokesperson for WDR & RT Taggart said: “WDR & RT Taggart are pleased to have been appointed as Consultant for this project and look forward to the development of the historic walled garden in St Columb’s Park.” The project is the result of ongoing partnership work behind the scenes being carried out by Council’s Parks Management & Development team, St Columb’s Park House and the Acorn Fund. It is hoped that work will commence at the site early next year.
ADVERTISEMENT - CONTINUE READING BELOW