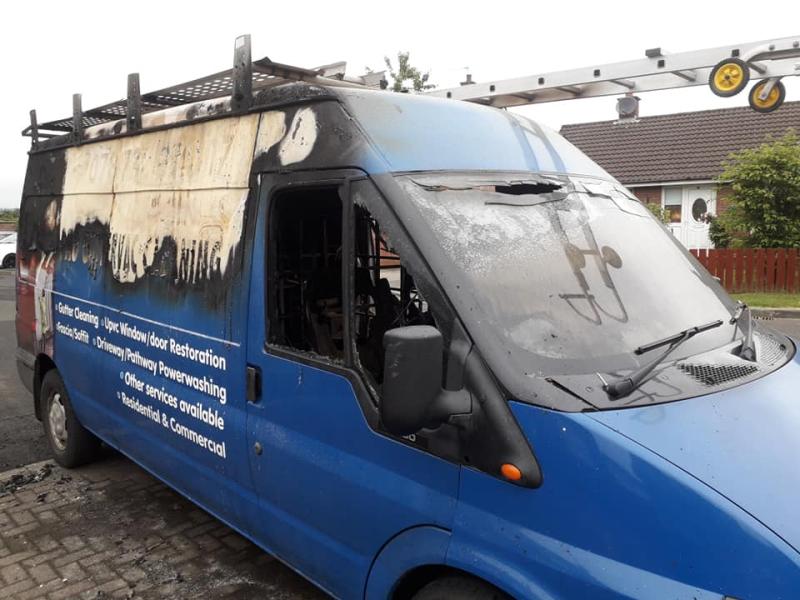 A Derry Sinn Fein councillor has hit out at those responsible for setting fire to a van belonging to a locally based business. The incident happened overnight in the Bracken Park area of Galliagh where the Pro Guttervac Cleaning was parked. Commenting, Sinn Fein councillor for the area, Caoimhe McKnight described the incident as 'senseless destruction'. "I have just spoken to the owner of Pro Guttervac Cleaning and he is in absolute shock that someone has targeted him for no reason," she said. The senseless destruction of this man's van has essentially ruined a successful business that he started from scratch 10 years ago. "Over the last number of months he has spent thousands fixing up the van and replacing essential equipment and it has literally gone up in smoke. "No-one deserves this to happen to them and we as a community can not stand or tolerate these actions." She added: "I would urge anyone who may have been in the Bracken Park area, whether a taxi driver or someone returning from a night out and thinks they may have seen something to come forward to the authorities."
ADVERTISEMENT - CONTINUE READING BELOW