The last post? Letters still being delivered to demolished house in the Waterside area of Derry 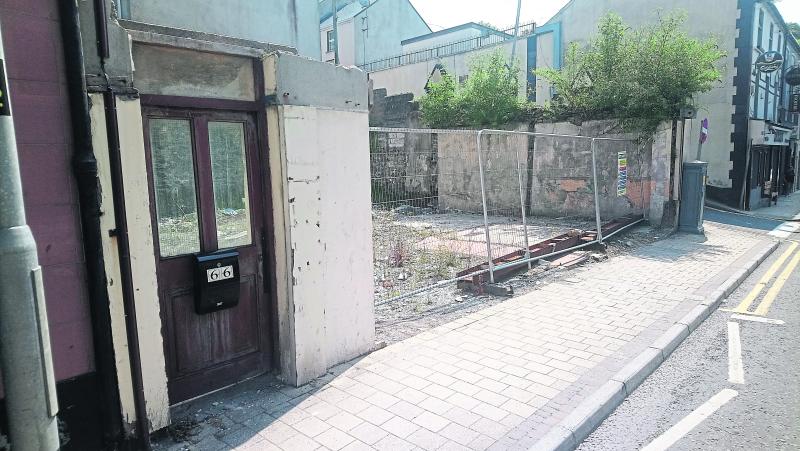 POST still being delivered to a letter box at an address in Derry – despite no house being attached to it. The address, located at number 66, Spencer Road in the Waterside area of the city, still has a front door with a postbox attached. However, that is all which remains of the building which once occupied the site, which has been demolished and is now surrounding by fencing. The Derry News was contacted last week by one bemused reader who said that he had witnessed a postman delivering letters in the box last week. Royal Mail has since confirmed that despite the demolition of the house, it is still a registered postal address. In a statement issued to the Derry News on Friday, a spokeswoman for Royal Mail said: “This is a registered residential address. “It has a wall mounted postbox on the door.” She continued that Royal is ‘duty bound’ to deliver post to registered addresses. “Royal Mail is duty bound to deliver mail to all registered addresses as long as there is a letterbox/postbox and it is safe for postmen and women to do so.” The Derry News has also learned that a planning application has been lodged to construct a new three - storey building at the site consisting of two retail units at ground floor level and four apartments on the first and second floor. The application was lodged with the local planning authority, Derry City and Strabane District Council, in October of last year. It is currently under consideration and is expected to come before a future meeting of its Planning Committee.
ADVERTISEMENT - CONTINUE READING BELOW