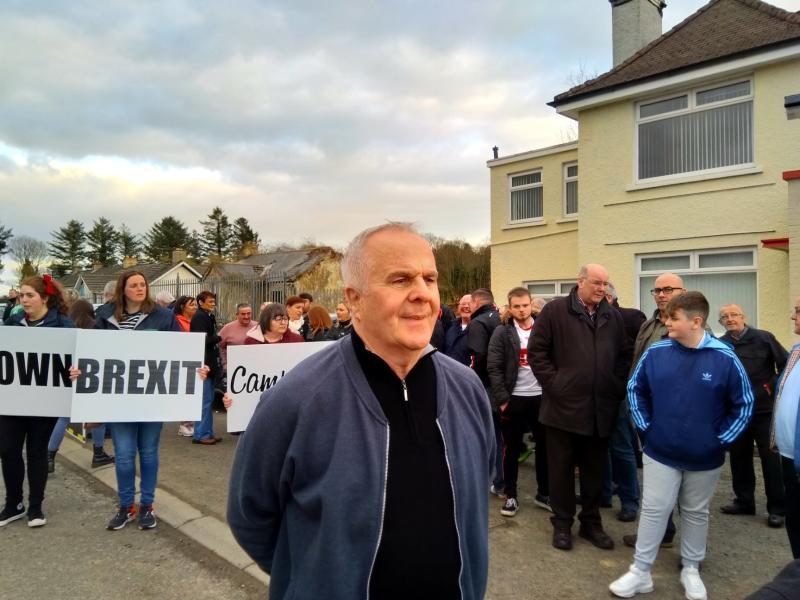 'There is no such thing as a good Brexit for communities, business and farmers in the North of Ireland', Sinn Féin Foyle MLA Raymond McCartney has said. He was speaking after the DUP confirmed it will be supporting the Tory government in a series of crucial Brexit votes over the next two days with the party’s deputy leader Nigel Dodds saying they will be focusing on securing a ‘good’ Brexit. Mr McCartney commented: “There is no such thing as a good Brexit for the majority of people here who voted to remain. Communities, businesses and farmers are looking on with increasing alarm at the chaos which is engulfing the Tory-DUP Brexit agenda. “Those people want to remain in the Customs Union and the Single Market because they know that is key to avoiding a hard border and protecting their economic interests. They want their rights as European citizens upheld and our peace agreements protected. “So the DUP don’t speak for those people when they pursued a Tory-led hard Brexit. They do not speak for the majority. “The DUP are pursuing a reckless agenda which has its roots in their pact to prop up Theresa May’s government when they committed to supporting any and all Brexit legislation even before they had seen it. “That isn’t leadership. That isn’t responsible politics. That is mortgaging the best interests of future generations because they can’t resist engaging in jingoistic flag-waving.” Pictured above: Raymond McCartney MLA at recent rally at Bridgend on Brexit.
ADVERTISEMENT - CONTINUE READING BELOW