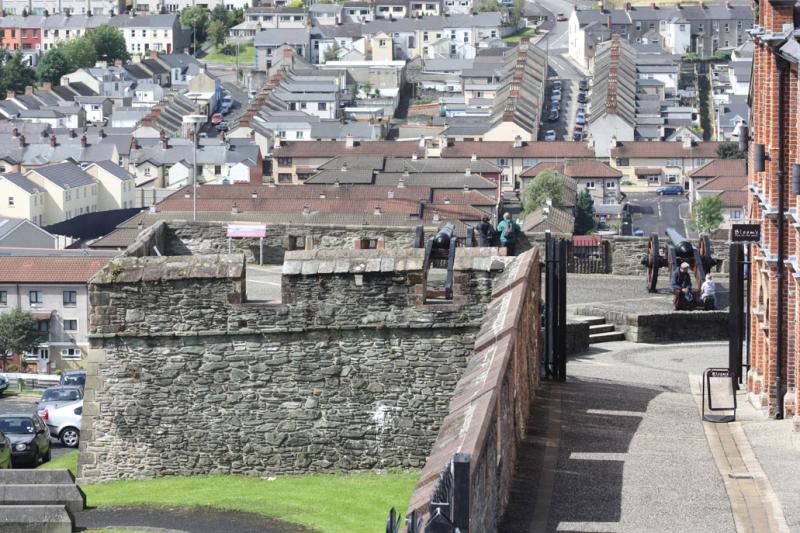 A DUP councillor has accused a tour guide on Derry’s Walls telling visitors ‘absolute rubbish’ about the city. The comments came at Tuesday afternoon’s meeting of Derry City and Strabane District Council's Business and Culture Committee, where the issue was raised by the DUP’s Graham Warke. Alderman Warke said he overheard a guide tell a group of tourists that the Apprentice Boys’ Memorial Hall was an ‘Orange hall’ and that ‘Catholics weren’t welcome’. “These tourists are coming to our city of Londonderry and the tour guides are coming out with absolute rubbish,” he said. Mr Warke also claimed the tour guide called the Bogside a slum and said the matter ‘needs to be looked at’. The issue arose after committee members voted the approve a £410,000 Service Level Agreement between the council and Visit Derry. Sinn Fein Councillor Mickey Cooper, who is also a tour guide operator and trainer, said it was difficult to police what information guides gave to tourists. “Everyone has their own story, but every guide that I have ever trained has all the information at their finger-tips,” he said. “How that is portrayed is difficult to track.” Alderman Warke’s party colleague, David Ramsey, added: “To say Catholics are not welcome in the Memorial Hall is so negative and so wrong. “It’s not a bit wonder that people are so angry.” The Chair of the committee, Sinn Fein Councillor Patricia Logue, said she has observed tour guides on a daily basis and was always impressed by the work they do. “The tourists are always fully engaged and if you read the reviews on media outlets they are always good,” she said. “You can look at their coats and see where they are from, so maybe this issue needs to be addressed on an individual basis.” SDLP Councillor Shauna Cusack added: “Elevating one community above the other is not helpful when we are trying to move forward as a city.” The council’s Head of Culture Aideen McCarter said the issue was ‘very difficult for Visit Derry to manage’ but pointed out Council’s Tourism Strategy strongly recommended that special guides are trained to operate on Derry’s walls.
ADVERTISEMENT - CONTINUE READING BELOW