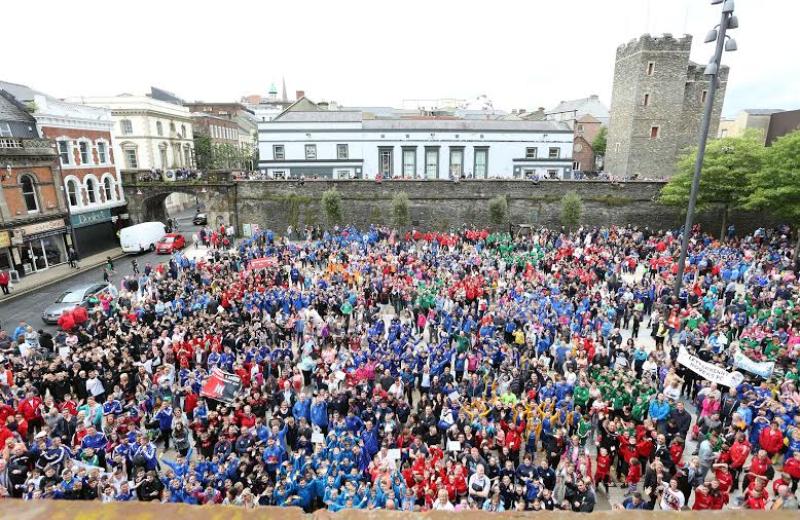 Sinn Fein has defended its decision not to support a call from the organisers of the annual Foyle Cup tournament for the local council to allocate it an additional £10,000 in funding. It comes after five Sinn Fein councillors voted against a proposal to seek the additional monies for the event, which begins next month. The Foyle Cup currently receives over £50,000 in funding from the council. Commenting on tonight’s meeting of Derry City and Strabane District Councils Health & Communities committee, Sinn Féin Group Leader, Cllr. Sandra Duffy said: “While we all fully support the Foyle Cup, it would have been wrong to back a proposal that was not properly processed when many other valuable community organisations and events seek funding through the correct procedures. “Council already provides £50,000 in funding and in kind support to the Foyle Cup and the proposal put before the committee sought an additional £10,000 towards the additional costs of visiting teams. "This was funding that council stated they did not have. “Also, Such bids should be made through a competitive process, particularly when many organisations are also seeking limited Council funds. “We all recognise the hugely positive contribution made by the Foyle Cup and I would urge the organisers to submit funding bids through the correct process so that all organisations can be confident in the transparency and fairness with regards to the allocation of ratepayers funds.” She added: "We did however propose that council Work with the organisers of the Foyle Cup to see how they could assist them with finding additional funding."
ADVERTISEMENT - CONTINUE READING BELOW