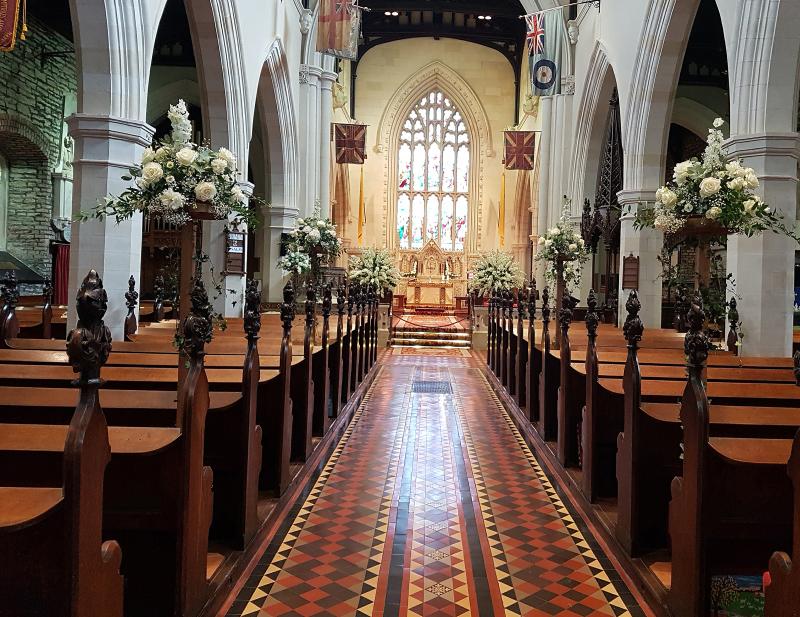 Local children are being sought to take part in a mock wedding later this week as part of a unique festival planned for the city. The feature is just one of the many innovative ideas which will form part of the ‘The Big Day’, a wedding dress festival which will run at St Columb’s Cathedral in London Street. The festival will begin this Thursday, June 21 and run until Saturday, June 30. The festival will be opened by Lady Christine Eames on Thursday evening at 7pm, and wedding dress will be on display during the festival. A section of wedding dresses which were part of clergy weddings will feature, as will wedding dresses through the decades from the parish. Various areas of the Cathedral will feature scenes from a wedding, and visitors will be invited into the bride’s home and view the chaos there prior to the ceremony, while a bridal party and a romm prepared for a wedding breakfast will also feature. Saturday will also see vintage cars and motorbikes on display. Speaking ahead of Thursday’s launch, a spokesperson for the festival said that it would also include a ‘re-enactment’ of a wedding. “We are palnning that on the Saturday, June 23 and Saturday, June 30 we will re-enact a ‘wedding’ in the Cathedral at 12.30pm,” the spokesperson said. “The ‘bride’ will leave her home in the Deanery and make her way to the Cathedral. “She will be preceded by fifty attendants – little girls in their best frocks or flower-girl dresses whose parents have signed them up online.” “We will have additional features including ‘mother and daughter’ displays of dresses from both generations and a trousseau including underclothes from early 1900." The spokesperson continued: “We will also welcome parents or grannies who have that ‘worn only once’ beautiful outfit in the back of the wardrobe and would like to give it an airing to be a ‘guest’ at one of the weddings. “The Cathedral choir and musicians will be there to provide suitable wedding music.” “We are indebted to various businesses, schools and friends in the town who have been very generous with their support providing mannequins, flowers, decorations, furniture, artistic support and so much more.” Parents who wish their children to be part of the ‘re-enactment’ should go to www.stcolumbscathedral.org/wdf2018.
ADVERTISEMENT
Advertise with Us
ADVERTISEMENT
Advertise with Us