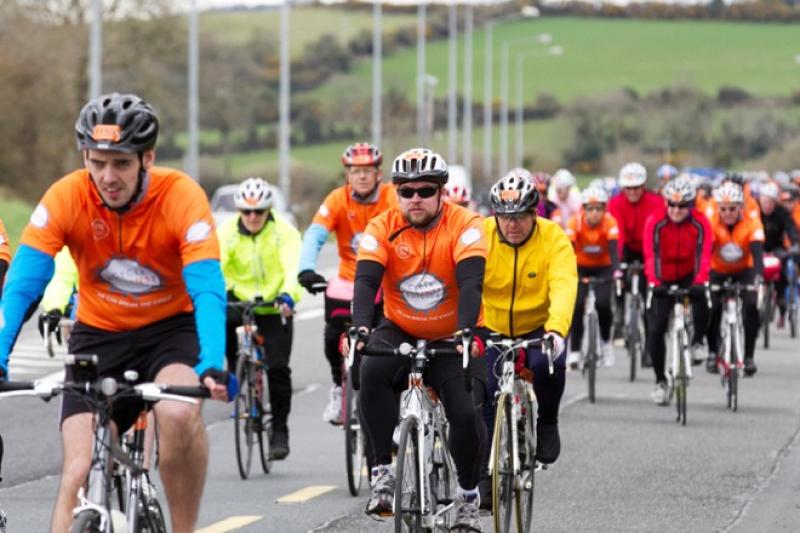 ENTRANTS are being sought for an event in the city later this month aimed at raising awareness of the help available to people across Derry battling depression, self-harm, or at risk of suicide. Cycle Against Suicide will take place on Saturday, June 23, and will bring together cyclists with different backgrounds and stories to help break the cycle of suicide in communities across Ireland. The latest regional figures on suicide revealed that more people have taken their own lives in Northern Ireland since the Good Friday Agreement than were killed in political violence during the Troubles between 1969 and 1997. Each year, Cycle Against Suicide brings together cyclists with different backgrounds and stories to help break the cycle of suicide in communities across Ireland. The Derry event will see cyclists set from the Foyle Arena Complex from 9am, the cycle will travel through Greysteel, Ballykelly, Limavady Cricket/Rugby club, Eglinton at the Happy Landing and Ebrington Square before returning to Guildhall. Commenting, local co-ordinator of Cycle Against Suicide, Monica Fee, said that the initiative is working with people to ‘break down barriers’ regarding issues such as self-harm and suicide. “We all know someone affected by mental illness,” she said. “Our cycle is an opportunity not just to raise awareness of the many services available to those in pain, but also starts the conversation around positive mental health and acts as a shining example of support for our fellow community members, proving there truly is strength in numbers. “We hope the sea of orange shows that no one should be afraid to seek the support of others.” She added: “At Cycle Against Suicide, we are working with the people of Derry to break down these barriers and to increase awareness of the support networks and treatments that are available locally to empower those affected.” To register for the event, go to https://regonline.activeeurope.com/builder/site/?eventid=2433129 Registration is also available on the morning of Saturday, June 23 at the Foyle Arena.
ADVERTISEMENT - CONTINUE READING BELOW