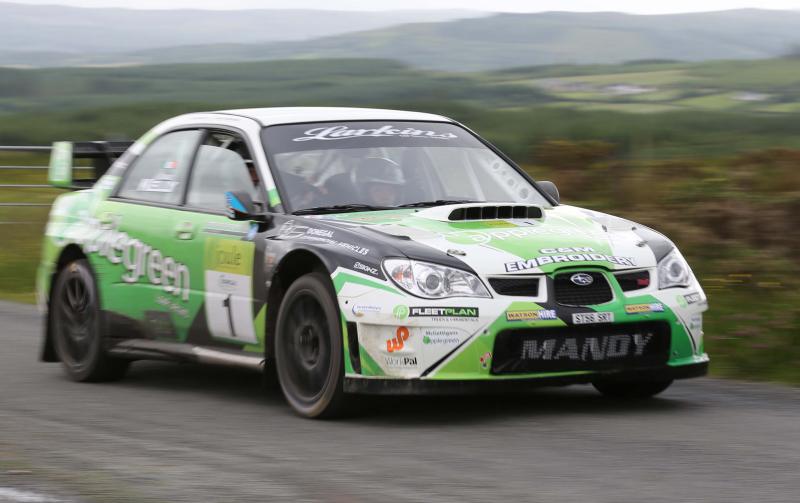 Despite setting the fastest time on the opening stage of the 2018 Joule Donegal International Rally, Manus Kelly hasn't had it all his own way. After the Breenagh Stage he held a 7.7 second lead over Garry Jennings. Donegal Kelly lay in 3rd place a with Declan Boyle in 4th. Donagh Kelly completed SS2 a full 22 seconds faster than his namesake Manus and in doing so took over at the head of the leaderboard with the defending champion slipping back into 5th spot. The lead changed hands again after SS3 with Garry Jennings moving to the top of the leaderboard as Donagh Kelly went off the road while leading the event. Declan Boyle and Manus Kelly both gained 2 places moving into 2nd and 3rd spot respectively. The first loop of the Friday Special Stages was now complete and the lead had changed hands three times as the top seeds all tried to make a foothold in their challenge for the 2018 crown. Jennings held his lead after SS4 while behind him Manus Kelly traded places with Declan Boyle to move into second spot 11.4 seconds behind the pacesetter. On SS5 Boyle was faster than Jennings by 29.1 seconds, reportedly partly due to the Jennings/Kennedy crew suffering a puncture on the stage. Kelly moved into the lead as Darren Gabs moved into 2nd place ahead of Boyle with Jennings in 4th and Josh Moffett completing the top five. SS6 saw Kelly remain at the head of the field after Day 1. Declan Boyle is in 2nd place 9.3 seconds behind and Jennings is back up to 3rd 22.7 seconds behind the leader. An exciting day's motorsport on the Donegal Tarmac and with rain forecast for tomorrow the drivers will be tested to their limits as the race for the 2018 Joule International Rally crown intensifies. Pic.: Gary Foy
ADVERTISEMENT - CONTINUE READING BELOW