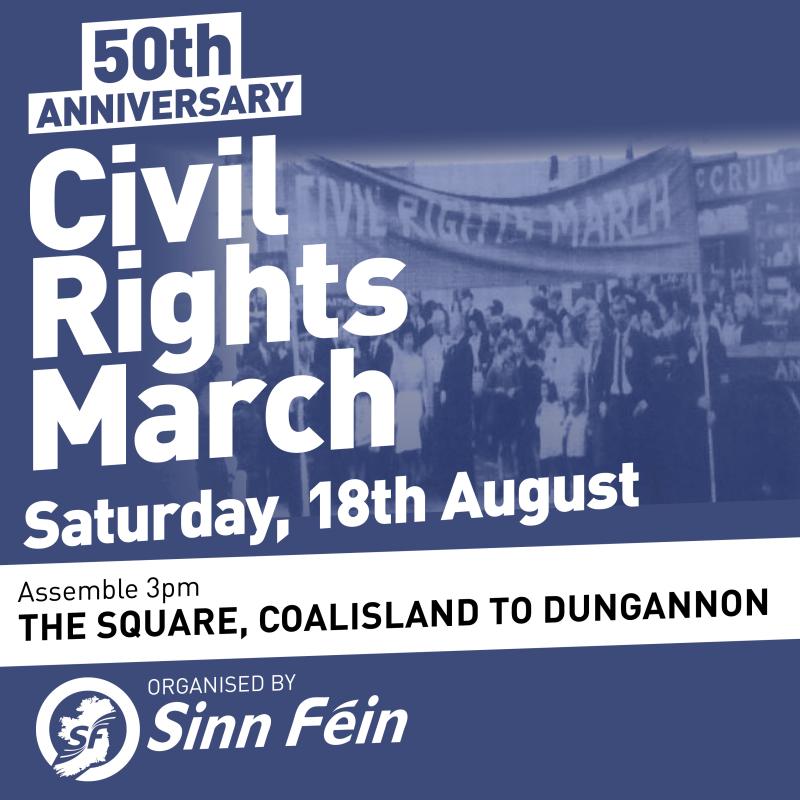 Sinn Féin will launch a commemorative march at Caledon Court House today to mark the 50th anniversary of the Civil Rights campaign. The march will take place on Saturday 18th August and is set to follow the route of the original Civil Rights march from Coalisland to Dungannon. France Molloy said: “This year marks 50 years since the beginning of the Civil Rights movement when thousands of citizens took to the streets to demand their rights and entitlements. “To mark the anniversary, Sinn Féin have organised a commemorative march from Coalisland to Dungannon, along the route of the original Civil Rights march. “The venue for today’s launch, Caledon Court House, holds massive historical significance as this was the venue for the Caledon Eviction, resulting in pickets and protests and the energising of people across the north to join the Civil Rights Movement. “The same struggle continues against people in our society today. Citizens in the north still face attacks on their civil rights through the continued denial of rights to LGBT+ couples, Irish language speakers, and bereaved families seeking a coroner’s inquest. “Once again, we need to hear the voices of young people and progressives, echoing those who found their voice against discrimination decades ago. It’s time to stand up, mobilise, and fight for your rights. Join us at Coalisland Square on Saturday 18th August.”
ADVERTISEMENT - CONTINUE READING BELOW