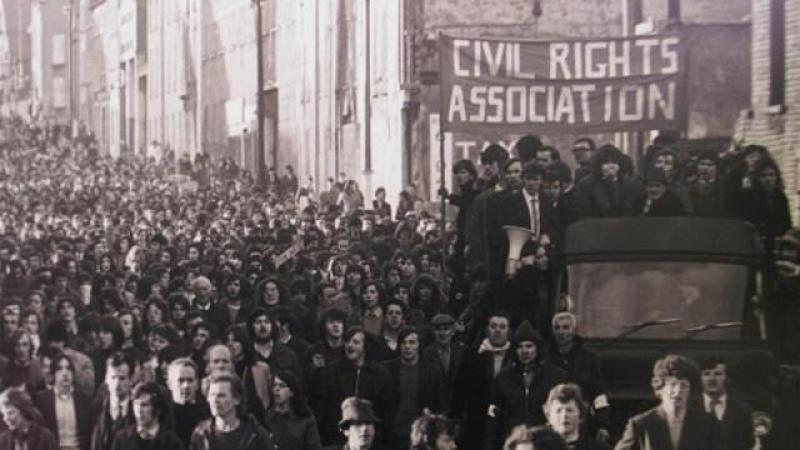 It has emerged that the civil rights movement and Sinn Féin were infiltrated by a Metropolitan Police officer in the early years of the Troubles. The information came to light after police disclosed it as part of an inquiry into undercover policing in England and Wales. The investigation was set up by the then Home Secretary, Theresa May, in 2015 to investigate allegations of misconduct by forces in England and Wales including claims Met officers had duped women into sexual relationships while operating undercover. The Times newspaper revealed that an undercover officer worked in Northern Ireland between 1968 and 1974 and was known as Sean Lynch. He was operating during the time of of Bloody Sunday when 13 men and boys were shot dead by the British Army at a Civil Rights Association march in Derry with a fourteenth man dying later of his injuries. The officer, who is now dead and whose real identity has not yet been revealed, infiltrated the Irish Civil Rights Solidarity Campaign and the Vietnam Solidarity Campaign. There are now calls for the Undercover Policing Inquiry (UCPI) to be extended to Northern Ireland and solicitor, Darragh Mackin, is seeking a judicial review on the matter. Mr Mackin said that the undercover agent had been operating during time the Bloody Sunday march had taken place and this had 'fallen completely under the radar'. He added that subsequent investgations into legacy issues have been 'effectively operating with one eye closed'. Mr Mackin is seeking a judicial review for the investigation to be extended to Northern Ireland on behalf of his client, Jason Kirkpatrick, who an environmental activist in Northern Ireland in the mid 2000s. He says that an undercover Metropolitan Police officer infiltrated a the environmental group to which he belonged. The report is said to be significantly behind schedule and its full findings are not expected to be reached for at least another five years.
ADVERTISEMENT - CONTINUE READING BELOW