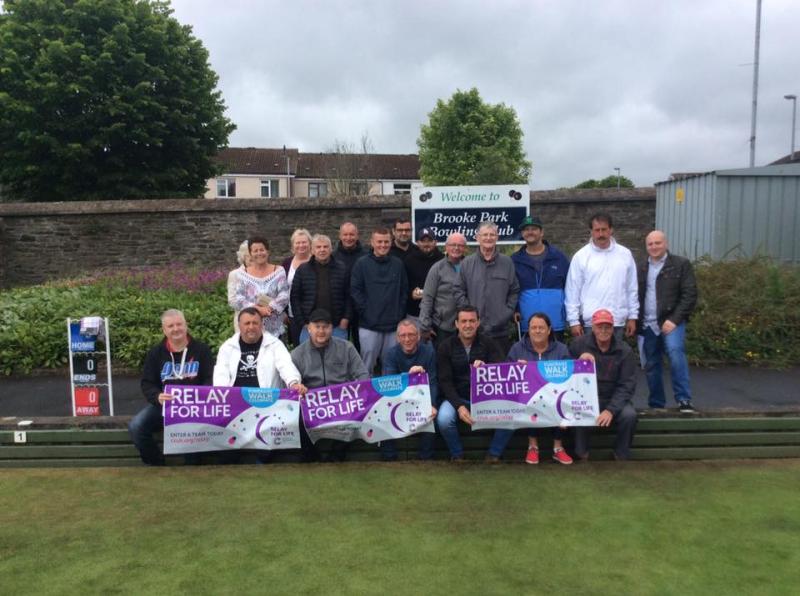 Independent councillors in Derry have taken part in a 24-hour event to raise money for cancer research. In the lead up to the Relay for Life event at St. Columb’s Park, this Saturday, June 23 at 3pm, Independent councillors Gary Donnelly, Sean Carr, Warren Robinson, Darren O’Reilly and Paul Gallagher entered a team named Pirates of the Cure-A-Being. They arranged a 24-hour bowling competition between Creggan Community Collective and Brooke Park Bowling Club and successfully raised £1,000, which they expect to rise to around £1,500 in the coming days. It wasn’t a prerequisite for those taking part to stay awake for the entire 24-hours therefore one or two councillors availed of the opportunity to ‘rest their eyes’. “Not every person had to stay awake 24 hours, what we had to do was make sure there was a presence for 24 hours but there were some who couldn’t keep up with it and took a wee power nap,” Cllr Donnelly explained. Speaking after the event, he said: "Well that's it, 24-hour marathon bowling event in aid of cancer research finished. Thanks to all who put in the effort, those who donated, those who supplied refreshments and the staff of Brooke Park who kindly facilitated around the clock. “Time to hit the leaba (bed) for a few hours.” Last year hundreds of people took part in Relay for Life, which was one of the most successful charity events ever held in Derry. Around 50 teams took part in the event which involved team members taking part in a 24-hour relay around the track at the lower end of the park. It was the first ever Relay for Life held in the city and the original target of £30,000 was obliterated by kind-hearted Derry people who raised around £130,000. It is believed the amount raised by Derry teams was the highest ever achieved by a first-time Relay for Life event. This weekend teams will set up camp at St. Columb’s Park with a view to beating last year’s impressive total.
ADVERTISEMENT
Advertise with Us
ADVERTISEMENT
Advertise with Us
ADVERTISEMENT
Advertise with Us
ADVERTISEMENT
Advertise with Us