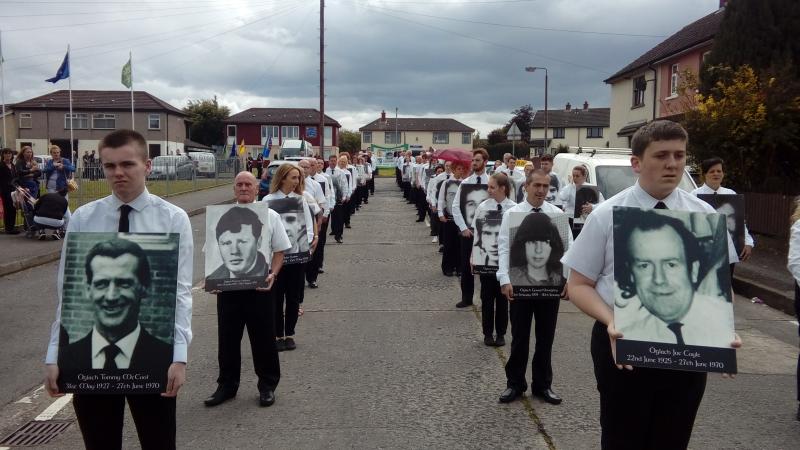 The Derry Republican Graves Association has announced that is to put on its biggest ever programme of events to coincide with the Annual Volunteers Sunday. A spokesperson said: “The Derry Graves Association is putting on an extensive programme of events over the weekend to coincide with the Annual Volunteers Sunday. “Its starts on Friday night with Raymond McCartney in conversation with MEP Martina Anderson a “ A Lifetime in Struggle” in the Sinn Féin offices Creggan at 7.00pm and all are welcome. “On Saturday morning there will be a guided tour of the Republican graves in the city cemetery meeting at the plot at 11.30am. The annual additions to the book of remembrance will take place at 3pm in the Ráth Mór offices. "Later that evening will see the story of the Escape from Long Kesh in 1974 during which Volunteer Hugh Coney was killed ,which will be presented by Joe (Doc) Doherty, with a number of the former escapees Fra McCann ,Tony Booster Hughes and Rockey Morgan telling the story in their own words. The event which be followed by music and will take place in the Cosh Bar at 8pm sharp, entrance £5.00. “The Annual Volunteers commemoration will take on Sunday at 1.00pm assembling at Central Drive before walking to the City Cemetery.The weekend will come to an end with the Grand Prize Draw with £20,000 in prizes which will take place in the Gasyard that evening at 7pm. “We would like to thank everyone for their continued support of the association in being able to carry out its work throughout the year in remembering our patriot dead with pride and the important upkeep of the Republican plot and local area monuments throughout the city." Pictured above: A parade by Derry Republican Graves Association of the the city's late Republicans.
ADVERTISEMENT - CONTINUE READING BELOW