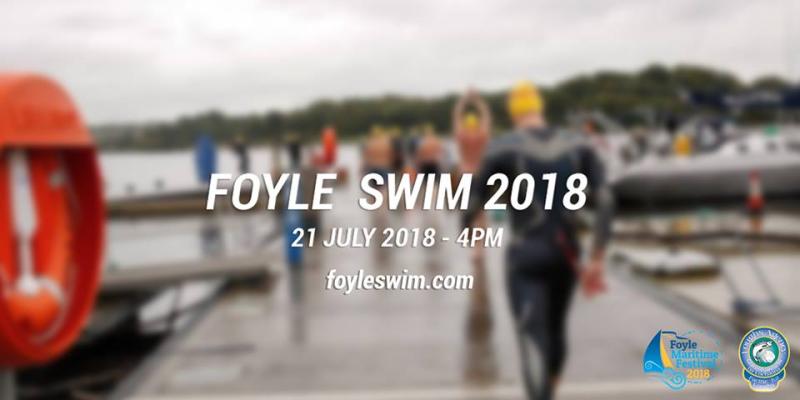 A group of swimmers from City of Derry Swimming Club are eagerly awaiting a phone call which will see them take the plunge, this weekend, into the sea at Donaghadee and take on the North Channel, swimming 21.6 miles as the crow flies to Scotland, a feat accomplished by only 18 teams before. The 10 participants will be split into two teams of five and it’s expected to take between 15 and 20 hours to complete the challenge. Gerard Curran, one of the committee members, put it into perspective: “Everest has been conquered more times! There’s massive jelly fish and it’s very cold but the temperature has to be at least 11 degrees; at the minute, it’s 10.6 so we’re just on stand by now, waiting for the call sometime between June 22nd and June 25th, when the tides and weather are okay. “If everything works out, we will be the 19th and 20th teams to do this. We’ve been training for the last six months but this is nothing new to us. We have been swimming in the Foyle for close to 10 years. The year the Peace Bridge opened, we had a race from the Craigavon Bridge to Foyle Bridge. Last year we did a swim in aid of Foyle Search and Rescue when around 60 or 70 people took part. “We have just done three weekends around the Swilly with 90 people participating and we launched this summer’s Foyle Swim at the prize giving so 20 people immediately signed up but we hope to end up with around 100.” The Foyle Swim will take place during this year’s Foyle Maritime Festival when a wide array of activities will open up the river to locals and visitors alike. The open water swim will be a festival first, taking place on Saturday, July 21st from 4pm, finishing up at the pontoon around 5.30pm. The organisers hope to attract swimmers from around Ireland and beyond. Gerard added: “There is a massive open water swimming community in the North West, from Derry and Inishowen, and we meet up at Ned’s Point, but we would love to get people from further afield. The banks of the Foyle will be jammed, you’re never going to swim in front of so many again. “We have swam lots of places around Ireland but the Foyle is our home water. We want to show it in a positive light. Like running and cycling, open water swimming has become huge in the area and we want to do something to celebrate that.” Kevin Wilson from the Loughs Agency, which has programmed many of Foyle Maritime Festival’s On the Water events in association with Derry City and Strabane District Council, said: “We wish the swimmers good luck in their venture, welcoming the use being made of the River Foyle by local swimming clubs. The Agency has worked with the local club to develop a competition swim in the Foyle during the Maritime Festival.” To sign up for the Foyle Swim, check out the Facebook page ‘Foyle Swim 2018’ or the website: cranaswim.com
ADVERTISEMENT - CONTINUE READING BELOW