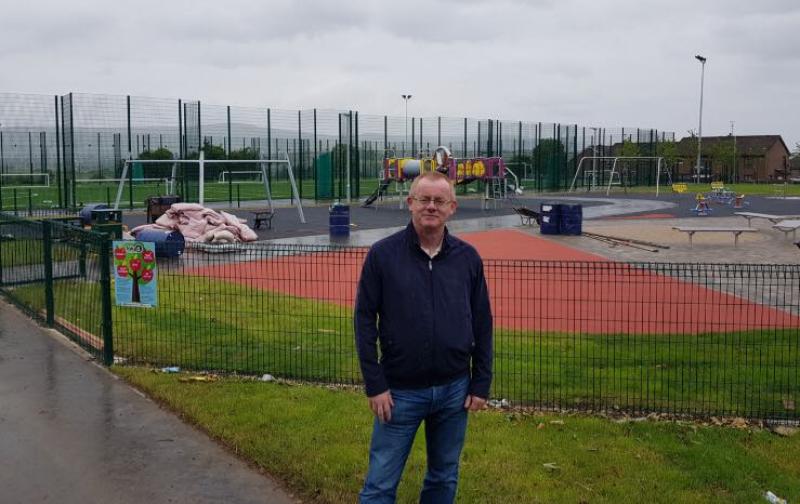 Sinn Féin Councillor Eric McGinley has described the impending opening of the pitch and play park at Ballymagroarty as a ‘massive boost for the local community’. Cllr McGinley said: “Within a short period of time the brand new pitch and play park will become operational and will be accessible to hundreds of families in the Ballymagroarty area. "This project is a partnership between the Ballymagroarty Community Association, Derry City & Strabane District Council and the Social Investment Fund which was largely championed by Sinn Féin’s Martin McGuinness in his role as Deputy First Minister. "These facilities will provide recreational opportunities for many children and young people and have been much needed and long awaited. "I would take this opportunity to commend everyone who has been involved in the project and I look forward to being present when the gates are opened.” Pictured above: Cllr Eric McGinley pictured at the new play park in Ballymagroarty.
ADVERTISEMENT - CONTINUE READING BELOW