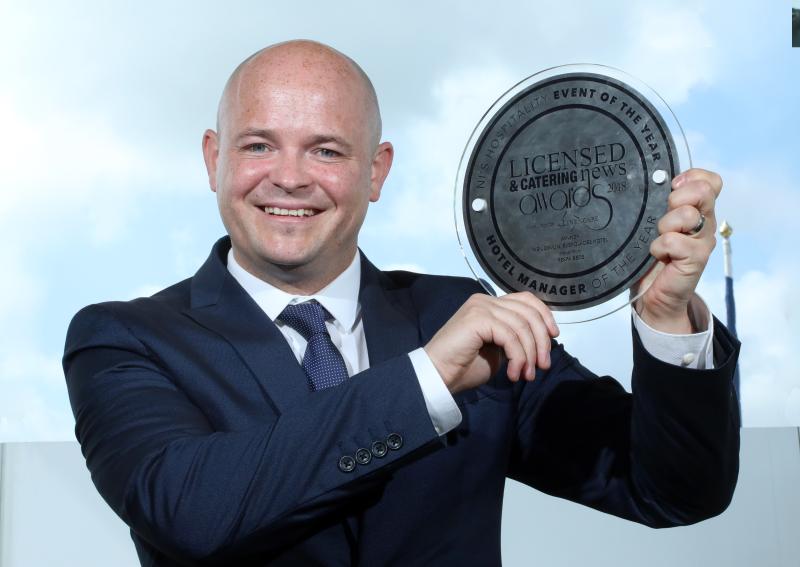 Hastings Hotels is celebrating after picking up seven prestigious awards in the last month including Derry's Everglades Hotel being named North West Accommodation Provider of the Year at the North West Business Awards on the same evening the hotel’s General Manager, Neil Devlin was named General Manager of the Year at the LCN Awards Northern Ireland’s leading collection of hotels was named Best Luxury Hotel Group in Ireland at the Travel Media Awards in Dublin, Ballygally Castle picked up Hotel of the Year at the LCN Awards, the Culloden Estate & Spa was voted Wedding Venue of the Year Down at the Wedding Journal Reader Awards and the hotel’s HR Manager Stefanie Brooks won Human Resource Manager of the Year at the Institute of Hospitality Awards and finally, the Group’s Sales Manager, Caitriona Lavery was named Tourism Hero Award at the Northern Ireland Tourism Awards. Julie Hastings, Marketing Director of Hastings Hotels said: “We are absolutely thrilled to have picked up no less than seven awards in recent weeks. It is an honour to have been named Best Luxury Hotel Group in the whole of Ireland at last week’s Travel Media Awards in Dublin. We have fabulous teams of staff in all of our hotels and are proud to continuously provide our guests with the very best of Northern Irish hospitality, so it’s very rewarding to be acknowledged for our hard work. “We beat off stiff competition in all categories and are delighted that Ballygally Castle has been recognised as Northern Ireland’s Hotel of the Year, the Everglades Hotel as the best hotel in the North West and the Culloden Estate & Spa as Co Down’s best wedding venue. "I’d like to pay special tribute to Neil Devlin, general manager of the Everglades, our group sales manager, Caitriona Lavery and Stefanie Brooks, HR Manager at the Culloden for their individual awards which are all hugely deserved. “We are proud to be Northern Ireland’s leading collection of hotels and our continuous investment programme ensures that our properties stay ahead of the competition. It has been a busy couple of years for the group and we are just days away from the opening of the Grand Central Hotel. This is our biggest project to date and we have enjoyed fantastic support throughout the group to ensure the doors open on time. “Finally, on behalf of the Directors and Management of Hastings Hotels, I would like to thank all our staff for their continued hard work and dedication because without them, these awards would not be possible." Pictured above: Neil Devlin, General Manager of the Everglades Hotel is pictured with his LCN Award.
ADVERTISEMENT - CONTINUE READING BELOW