Cops in Derry seeking 'ropey motorbike' Romeo who left behind keys with fob stating 'So many men...so little time' 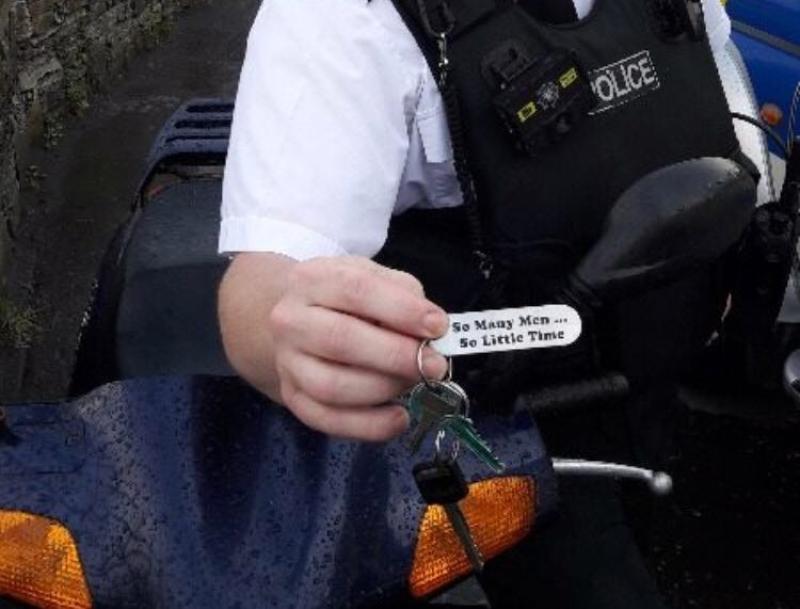 Police in the Shantallow area said they have taken another dangerous 'ropey motorbike' off the roads and streets but have appealed for help to find the driver they dubbed 'Romeo' after he left behind house keys with a key ring stating, 'So many men...so little time'. In the witty entry on the Foyle PSNI Facebook page, they wrote: 'We could hear it but we couldn't see it. That noise of an old ropey motorbike that annoys so many people in Ballyarnett DEA. 'Well I am glad to report that using a bit of local knowledge we have successfully detected and seized another one from our area. 'The bike had been riding about Shantallow in a dangerous manner and in a poor state of repair. 'That was until they came head to head with one of your friendly neighbourhood officers on the path that leads from the tunnel to Curragh Walk. 'Unfortunately the two youths involved got away but the rider who we will call Romeo, left his keys behind. The set of keys included a house key and a key fob that states "So many men... so little time". 'So if you recognise these keys or the moped in the picture. Or alternatively know a male who has the problem as stated on his key fob please ring 101 and ask to speak with a member of Ballyarnett Npt. 'We are keen to speak with Romeo and report him for a number of motoring offences.'
ADVERTISEMENT - CONTINUE READING BELOW