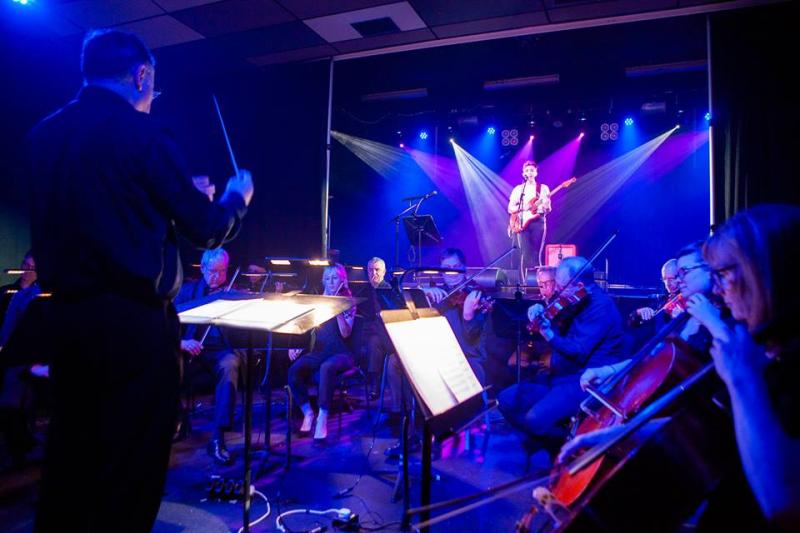 It’s been an excellent year for the Ulster Orchestra’s European Orchestra Laboratory (EO Lab II) project and it’s time for them to celebrate. EO Lab II has seen Ulster Orchestra musicians work with a range of groups across Derry~Londonderry and the Ulster Orchestra Gala Night will celebrate all these collaborations on Saturday June 23 in St Columb’s Hall. EO Lab II is a new initiative for the Ulster Orchestra, one of seven orchestras involved in this pan-Europe project, which is led by Ulster Orchestra Managing Director Richard Wigley and supported by the Creative Europe Fund. The project aims to encourage musicians to develop new audiences for orchestras through community ambassadors and is an exciting new chapter in the relationship between the Orchestra and the city. EO Lab II has spanned all genres of music across the city – so there’s guaranteed to be something to appeal at this gala event. Local author Tony Doherty has worked with Orchestra viola player Philip Walton to create a soundtrack to accompany readings from his memoirs – Sounds Like a Boy’s Life is full of the sunshine of 60s pop music and not only can you hear excerpts on June 23, but you can also hear the full project at Féile an Phobail, Belfast on August 3. In Beyond the Walls – Reflections on Civil Rights, Philip Walton worked with singer-songwriters Susie Blue, Reevah, Rebecca Mulhern and Roe to create tracks based on the lives of four women who played key roles in the events of 1968 and the Civil Rights Movement. These powerful songs are full of resonance today, and we are delighted that they will also be performed later this summer at the Stendhal Festival, Limavady (August 10 & 11). The Britannia Concert Band are celebrating their 50th birthday this year, and they will be performing a specially composed overture, written by Philip Walton to mark the occasion. The Celtronic Festival and Studios have long been at the cutting edge of dance music in the North West and viola player Jonathan Simmance has been working on a fantastic project in collaboration with Celtronic, legendary producer Phil Kieran and three fantastic up-and-coming talents in electronic music, Eoin O’Callaghan (Best Boy Grip), Neil Burns (Comrade Hat) and Leon Crockett (Voven). Ahead of a full set with Orchestra at the Celtronic festival on June 30, you can get a flavour of these fantastic new tunes. EO Lab II has been a fantastic new experience for the Ulster Orchestra and all its partners in Derry. An Ulster Orchestra spokesperson said: "It has been wonderful to see the projects taking on a life of their own and receive showcases in this summer’s festival season, across Northern Ireland, and we look forward to developing these partnerships further in the future. "For now, it’s time to celebrate the fruits of hard work and collaboration – we'll see you at St Columb’s for a phenomenal night of new music!" General admission is £5 with concession tickets available for £3. To book tickets for the event visit https://nervecentre.ticketsolve.com/shows/873590566
ADVERTISEMENT - CONTINUE READING BELOW