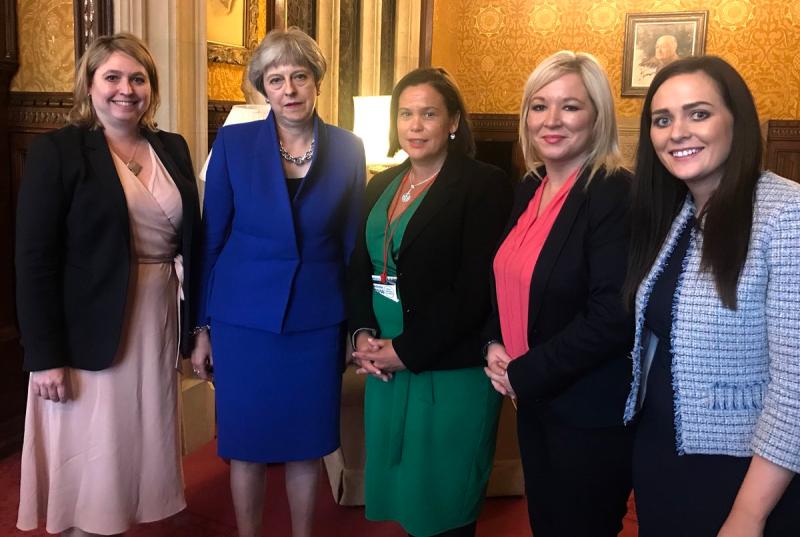 Sinn Féin MP Elisha McCallion has said Sinn Féin raised the issue of a City Deal for Derry directly with British Prime Minister Theresa May. The Foyle MP said: "When the Sinn Féin leadership team met with British Prime Minister Theresa May in London on Wednesday they raised the issue of the need for a City Deal for Derry with her. "Mary Lou McDonald and Michelle O'Neill emphasised to Theresa May the need for a City Deal for Derry as part of the inclusive growth strategy for the wider north west. "I will follow up on this engagement by speaking to both the British government's Secretary of State for the North, Karen Bradley, and British minister for communities, James Brokenshire, to take this forward. "Sinn Féin will continue to raise this issue with the highest levels of the British government and to work to drive the economy of the north west forward for the benefit of everyone here." Pictured above: Sinn Féin delegation, Party Leader, Mary Lou McDonald with Vice President, Michelle O'Neill and Orlaith Begley, MP for West Tyrone, with NI Secretary of State, Karen Bradley, and the Prime Minister, Theresa May.
ADVERTISEMENT
Advertise with Us
ADVERTISEMENT
Advertise with Us