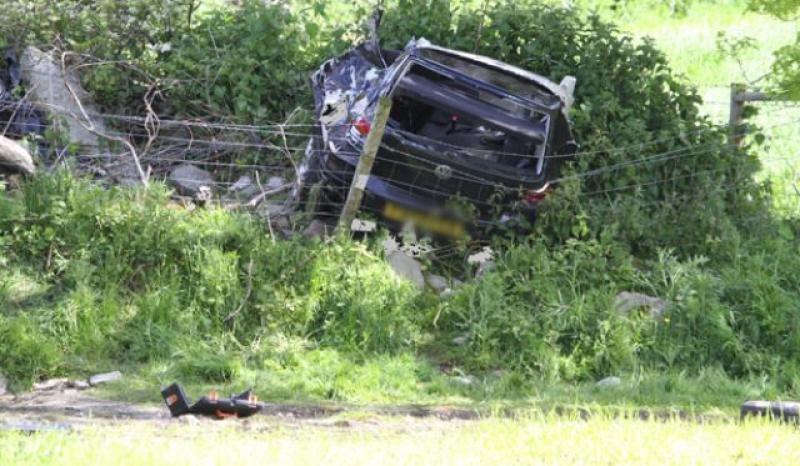 A 21-year-old man who admitted killing his brother and cousin by dangerous driving has been jailed at Derry Crown Court. Dylan McDonald, of Allen Park in Dunnamanagh, faced seven charges relating to the incident on June 3, 2015. He admitted two charges of causing death by dangerous driving, two charges of causing death by being an unlicensed driver, two causing death by an uninsured driver and one count of fraudulently using number plates. The court heard that McDonald was driving towards Derry on the Victoria Road with a girl in the front and his brother Aaron and cousin Michael in the rear. The defendant had picked up his two relatives from Michael McDonald’s grandfather’s car and had overtaken that vehicle. Then at 3.30 a.m. the defendant lost control of the vehicle veered across the road and hit a tree stump. Judge Philip Babington said: “When the vehicle hit the tree stump the car was effectively cut in two with two parts, front and rear, both ending up in a field." Both McDonald and his girlfriend were wearing seatbelts and suffered minor injuries the two in the rear were not ‘and were thrown from the vehicle.’ Aaron McDonald landed on the road and was found to have suffered ‘a severe head/brain injury’ he was taken to Altnagelvin Hospital but died there. Michael McDonald was found dead in the field. Judge Phillip Babington said ‘speed may well have been a factor’ in the incident and it was estimated that McDonald was traveling around 60 mph at the time of the crash. The defendant admitted having no licence or insurance and said he had had false number plates made. He imposed a sentence of 12 months with half to be served in custody and disqualified him from driving for six years. PICTURED ABOVE - The scene of the crash in June 2015.
ADVERTISEMENT - CONTINUE READING BELOW