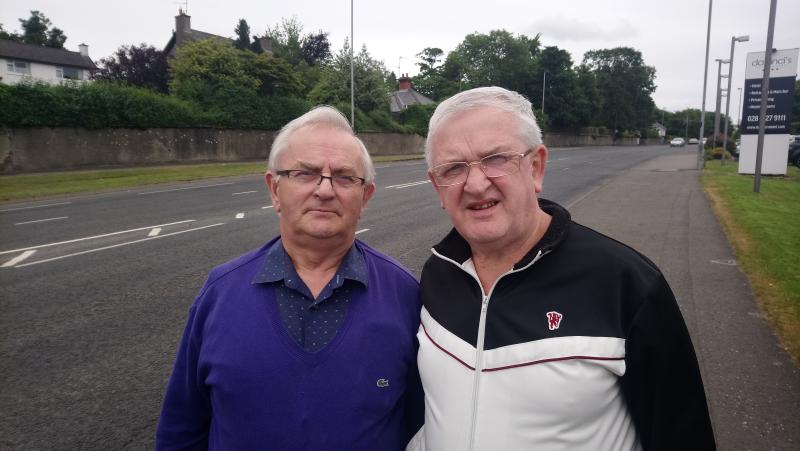 THE Deputy Mayor of Derry and Strabane has said he will not be stepping down from his post despite increasing pressure from local families bereaved as a result of drink driving. Derek Hussey has also been called on to step down from his position as the chair of a local policing body due to the previous drink driving convictions. The Ulster Unionist councillor has been convicted of drink driving three times, the most recent coming in March 2016 where he was handed a five-year driving ban and fined £800. He also has two previous drink driving convictions from 2004 and 2011. Last week, Sinn Fein councillors in Derry said that they could not support Alderman Hussey taking up the post as chairperson of the Derry and Strabane Police and Community Safety Partnership (PCSP), given his previous convictions. However, in recent days, Alderman Hussey has come under increasing pressure to step down from the post and from his position as Deputy Mayor after a number of Derry families who lost loved ones as a result of drink driving said he was not suitable for the posts given his criminal convictions. Speaking to the Derry News, Martin Gallagher, whose whose 25-year-old son was killed by a drunk driver on Halloween 2009, said he felt Alderman’s Hussey’s appointment was a ‘slap in the face’ to all families who had lost loved ones to drink drivers. “What kind of message does this send out to people? That if you’re caught drink driving three times you’re still good enough to the Deputy Mayor and the head of a policing body,” he said. “I have nothing against Mr Hussey but I think that he really needs to step down, because as long as he is in the post, it’s a slap in the face for families like us. “How could he ever be expected to be taken seriously at a road safety event when he’s been convicted not one, but three times.” His call was backed by Bobby Bradley, whose son Robert was killed in Nottingham in December 2000. Robert was aged 20 and had been studying broadcast journalism at Nottingham Trent University. A drunk driver drove down a one-way street at speed, mounted the kerb and crashed into Robert. Mr Bradley told the Derry News that he was ‘hurt’ when learning of Alderman Hussey’s appointment. “I was very angry and hurt, because as Deputy Mayor of this city and district, he’s not representing us,” he said. “He shouldn’t be holding this position, it’s an insult to the likes of myself and Martin. “Three times is just too much, and I think it sends out a very negative message where people might think, ‘Well, if he can get away with it, why can’t I?’. “After his second conviction, he was warned that he would be jailed, but he wasn’t – he’s just not a man who should be representing the people of this city.” Content The Derry News spoke to Alderman Hussey, who said that while he was willing to meet with both the Gallagher and Bradley families, he had no intention of stepping down as Deputy Mayor or as chairperson of the Police and Community Safety Partnership (PCSP). “Obviously, my sympathies lie with the families, and I was very fortunate that the incidents I was involved in did not result in the loss of life,” he said. “As I have said before, I was dealt with by the courts and I was also dealt with internally by my own party.” Alderman Hussey added that he had also spoken with his party leader, Robin Swann, about this issue, adding that he was ‘content’ with his position. “I have spoken with the party leader and he is content with the position I have taken,” he added. “I have no intention of stepping down but I am willing to meet with these families for a discussion.” The Derry News made repeated attempts to contact the Ulster Unionist Party (UUP) leader Robin Swann yesterday, but he did not respond to our calls. Meanwhile, a spokesperson for Derry City and Strabane District Council said that the selection of representatives for council committees and relevant external bodies including the PCSP are a matter for the ‘political parties’. The spokesperson added that the positions of Mayor and Deputy Mayor and the Elected Member representation on PCSPs are allocated by the political parties when their turn falls under the d’Hondt system. The spokesperson also advised that the PCSPs fall under the joint authority of the N. Ireland Policing Board and the Department for Justice. “Any complaints in relation to breaches of the Northern Ireland Local Government Code of Conduct for Councillors are handled by the Northern Ireland Commissioner for Complaints,” the spokesperson added. Responding, Mr Gallagher said that he did not wish to meet with Alderman Hussey, adding that he was now seeking to make a formal complaint to the Northern Ireland Commissioner for Complaints. PICTURED ABOVE - Bobby Bradley and Martin Gallagher.
ADVERTISEMENT - CONTINUE READING BELOW