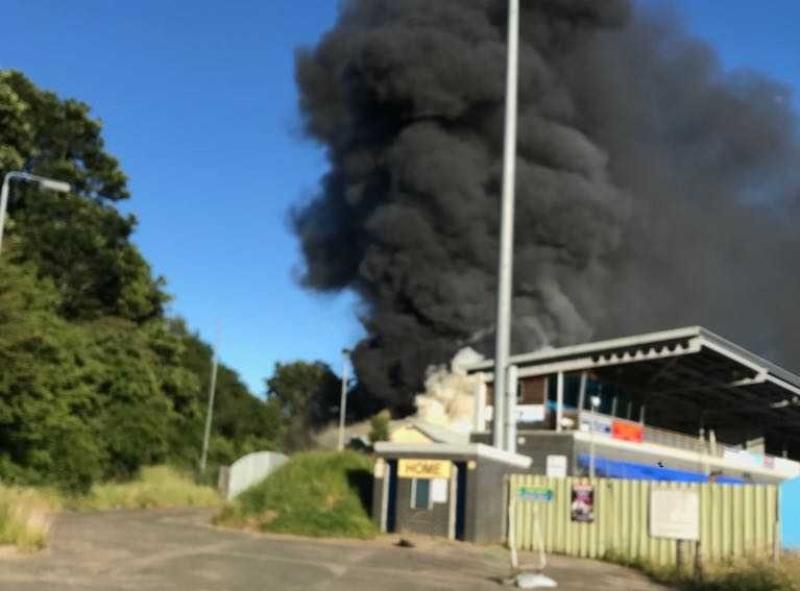 An investigation is underway into a suspected arson attack which destroyed part of Institute FC’s Riverside stadium in Derry yesterday evening. The blaze broke out at the grounds in the Drumahoe area at around 7.30pm and completely destroyed both the changing room and the supporters' room, which are located at the rear of the stadium. It marks the second time the stadium has suffered major damage over the past year, after it was rendered unusable following the August 2017 flooding. The club has said it believes the fire was set deliberately and an investigation is now underway into the incident.
ADVERTISEMENT - CONTINUE READING BELOW