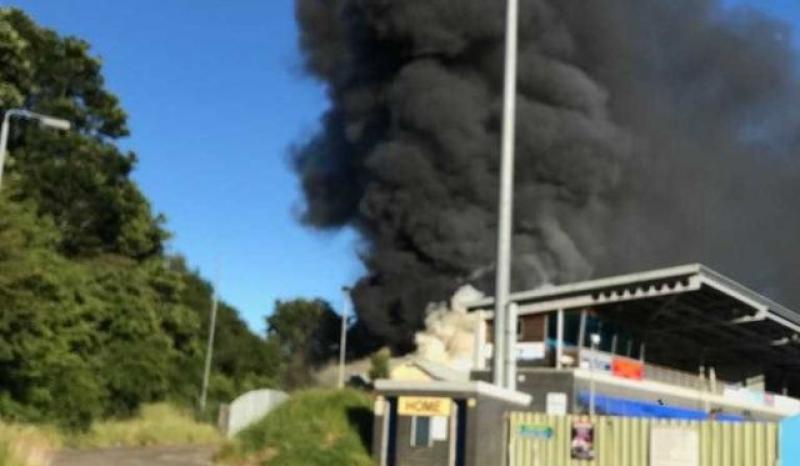 The Foyle MP Elisha McCallion has condemned an arson attack on buildings at Institute FC's Riverside Stadium in Derry. The blaze broke out at the grounds in the Drumahoe area last night and completely destroyed both the changing room and the supporters' room, which are located at the rear of the stadium. “This is a disgraceful attack on the community," she said. "Institute FC have had enough to deal with over the past year without this suspected arson attack at their grounds.” “I would urge anyone with information in relation to this attack to contact the police.”
ADVERTISEMENT - CONTINUE READING BELOW