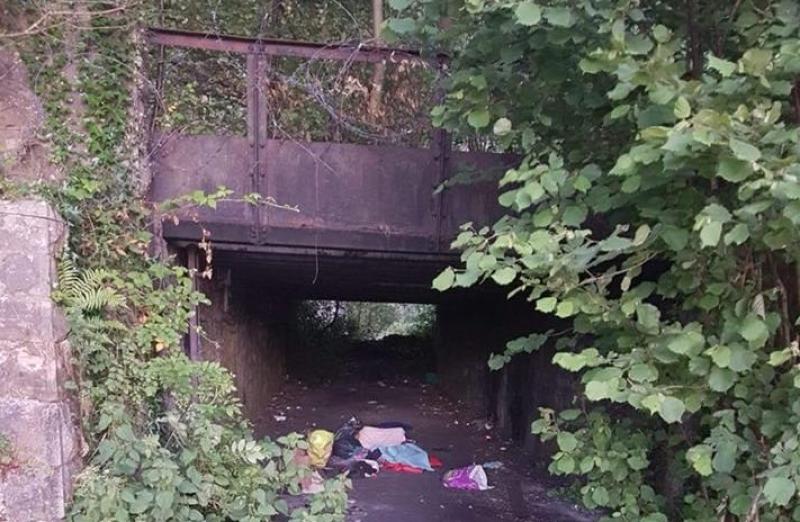 The Derry community has rallied in support of a 29-year-old homeless woman who was believed to have been sleeping on the banks of the River Foyle. It comes after concerns were raised locally on social media in recent days by a member of the public who discovered the site close to the river’s edge on the Victoria Road area of the Waterside. The post from a concerned Facebook user described how the area was ‘dark, dangerous and crawling with rats’ and stated that the woman had been sleeping there for over a week. It read: “Every statutory body under the sun has been contacted and no-one can seem to help. Please see what you can do.” The post received a huge response on social media with kind-hearted members of the Derry public offering to pay for accommodation such as bed and breakfasts and hotels for the woman to stay in. Numerous local representatives were tagged underneath the post and MP for the Foyle constituency, Elisha McCallion, responded to say she had been made aware of the woman’s plight. The Sinn Féin MP told the Derry News: "I contacted the relevant agencies about this lady several days ago and urged them to make sure this case was accesses so that the needs of this individual could be met. “I have now been in contact with the relevant agencies again today to see if there had been any progress and to ensure they are dealing with this case as a matter of urgency so that something can be done.”
ADVERTISEMENT - CONTINUE READING BELOW