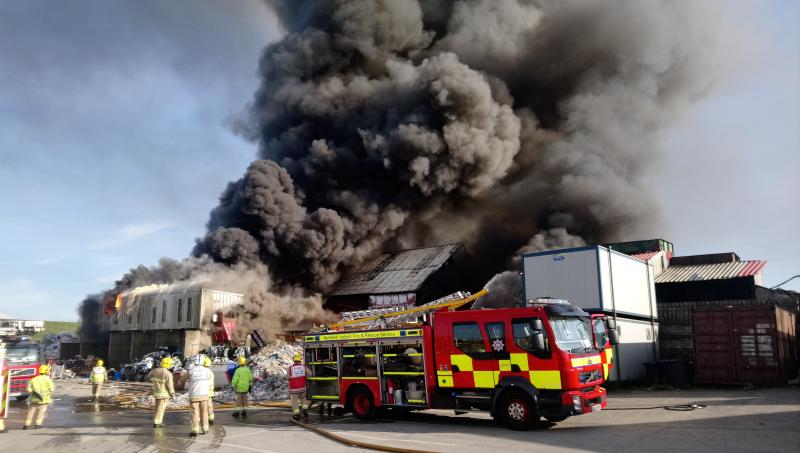 A massive blaze which broke out at a recycling plant in Derry is being treated as suspected arson. The fire erupted at the Brickkiln site on the Heather Road in Creggan shortly before 6pm on Saturday evening. The blaze involved hundreds of tonnes of mixed waste which were being stored in a shed and involved 60 firefighters. It is expected to continue burning throughout out. Northern Ireland Fire and Rescue Service (NIFRS) Group Commander, William Johnston said that the fire is now thought to have been started deliberately.
ADVERTISEMENT - CONTINUE READING BELOW