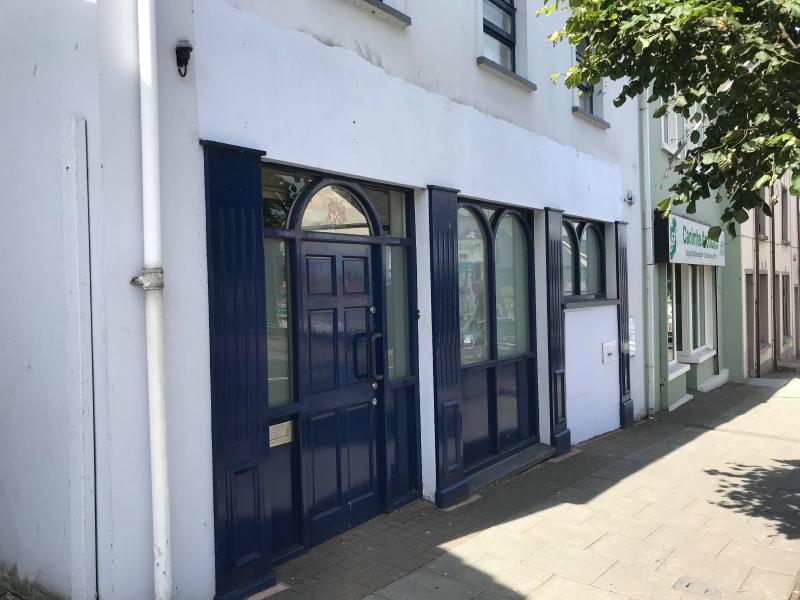 By Maria Cassidy Businesses in Dungiven have spoken out about concerns over the financial impact of the closure of the town’s Ulster Bank branch and its ATM machine, just a week after the doors closed for the final time. The Dungiven branch of the Ulster Bank, on Main Street, closed last Tuesday 19 June, leaving locals with no on street facilities to check their bank accounts or to get money. The closest Ulster Bank for those living in Dungiven is at now Catherine Street in Limavady. Linda McLaughlin, Owner of Rosmar Coffee Bistro, told the Derry Post that the closure of the Ulster Bank will be ‘detrimental’ to the businesses and people of Dungiven. “There’s an impact more so for the people of Dungiven because they don’t have a bank now. “It probably will impact down the line but at the minute people are coming to terms with the fact they can’t bank there anymore and so they have to go to the Post Office. “There is the problem that if the customer wants to use their card, the card machine isn’t working and they don’t have cash, what will we do then? There isn’t another bank machine in the town’s Main Street, which I think is really really bad. I’m sure the bank had good business here and for them to close and leave nothing here, I think is awful. “It will impact mostly the people that use the bank for everyday use, even once a week or visiting the bank for spare change. Even for a business looking for change where do we go? For a business point of view and the people of Dungiven it will be detrimental.” And, Desmond McAleese, manager of McKay Family Butchers, told the Derry Post that customers have told him the closure of the bank is inconvenient as they have to travel to access their bank account. “It does impact business because customers will now have to go to other towns to use the bank. I think in this day and age there should be a bank in every town. A lot of customers have come in and say how much they miss it and how inconvenient it is for them to have to go to other places. “A lot of people who have online banking, especially older people, they don’t even know how much money is in their accounts because they have no way of checking. We do have a card machine and it’s been used a lot more often now and a lot more people are asking for cash back because they can’t get it anywhere else. “You want to help your customer out as best you can.” Karen Groogan, manager of Groogan’s, also told the Derry Post how it impacts her business. “For me it’s the inconvenience of the bank going itself, it means I’ve nowhere to get change anymore. I know there will possibly be the portable bank but that’s really no good for me. If I run out of fivers or pound coins and the portable bank isn’t there, what do I do then? I’ll be giving people a whole bundle of 20ps and before you know it, I’ve run out of 20ps. That’s where my real frustration is going to come. “It’s just another reason for people not have to come to Dungiven. The likes of people who are living in Drumsurn, Dernaflaw or places outside the town and they have to make a decision to come in. “If they have errands to do, before they could have decided to come to Dungiven because of the bank and then carried on doing their messages around the town. But now, they’ll be faced with ‘Well sure there’s no point in going to Dungiven because there’s no bank so I’ll go somewhere else.’ It’s actually pushing people away rather than bringing people in and there’s already a decline in Dungiven.” Sean McGlinchey, local Sinn Fein councillor, told the Derry Post previously he was assured the ATM cash machine was to remain, as long as Ulster Bank owned the building. “I met the area manager six months ago and was given assurances that it would remain. At the end of the day it’s a pivotal facility for the community at one end of the town no matter what they say. There’s no taking away from that. They told me the ATM would remain as long as Ulster Bank owned the building. “I know they are going to provide mobile banking one day a week in the town, but I have little confidence in the service that this will provide.”
ADVERTISEMENT - CONTINUE READING BELOW