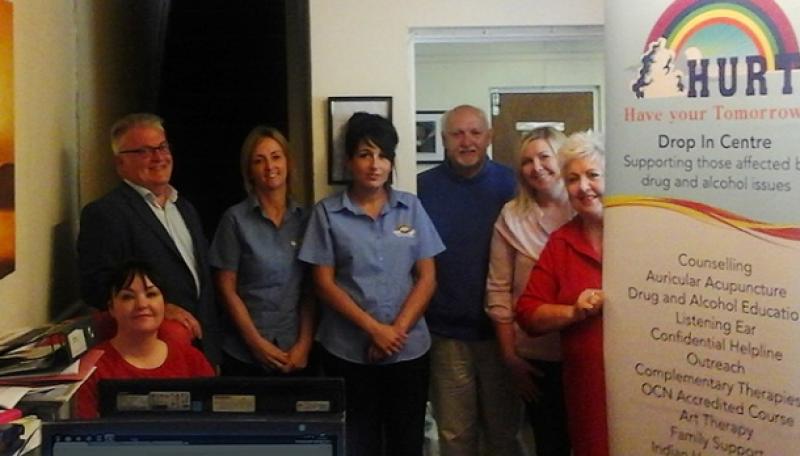 The Derry-based HURT (Have Your Tomorrows) organisation is appealing for votes after reaching the finals of the National Lottery Awards – the annual search for the public’s favourite National Lottery-funded projects. HURT, which is a family support group and suicide prevention charity offering help to people that are suffering from addiction in the Derry area, is competing in the Best Health Project category. HURT beat off stiff competition from more than 700 organisations to reach the public voting stage in this year’s National Lottery Awards, which celebrate the inspirational people and projects who do extraordinary things with National Lottery funding. The organisation with the most votes will be crowned the winner and receive a £5,000 cash prize, an iconic National Lottery Awards trophy and attend a star-studded glittering awards ceremony to be broadcast on BBC One on 26 September 2018. Sadie O’Reilly, HURT founder and co-ordinator, said: “Everyone at HURT is delighted to have reached the finals of the National Lottery Awards 2018. “Funding from the National Lottery has allowed our organisation to run talks and workshops about drugs and alcohol to hundreds of young people in schools across the north-west and work thousands of people with addiction issues. “It would mean a great deal for everyone involved in the service to win this award and we would appeal to everyone in Derry and the surrounding area to get behind our campaign and vote for us.” Musician, activist and National Lottery Awards Ambassador, Professor Green, added: “It’s thanks to National Lottery players, who raise over £30 million each week for good causes, that extraordinary projects like those in the finals of the National Lottery Awards are possible. “HURT (Have Your Tomorrows) is doing an incredible job for the benefit of its local community and the work they do is hugely impressive. So what are you waiting for? Give them your support and get voting!” There are seven projects competing for votes across seven categories, reflecting the main areas of National Lottery funding: arts, education, environment, health, heritage, sport and voluntary/charity. A spokesperson for HURT said: "Can everyone please take one minute to read the link below and give us your vote. "We really appreciate it and please give this a share! Thank you." Click on the link below to register your vote: http://www.lotterygoodcauses.org.uk/project/hurt-have-your-tomorrows You can also follow the campaign on Twitter: #NLAwards. Voting runs from 9am on 27 June until midnight on 27 July. Pictured above: The team at HURT are asking for your votes.
ADVERTISEMENT - CONTINUE READING BELOW