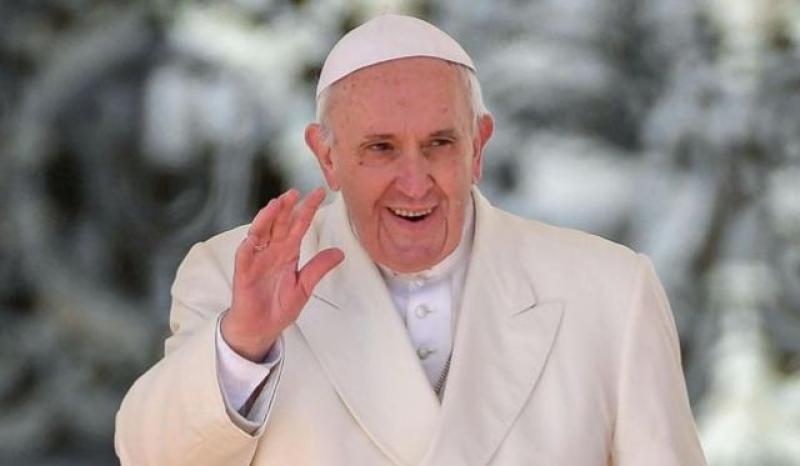 A special train service has been arranged for the Derry Diocese to accommodate those travelling to Dublin for the visit of Pope Francis, it can be revealed. Translink has confirmed that it will be running the special one-off service August 26 for the visit of Pope Francis to Ireland as part of the Meeting of the Families. Half of the six-carriage, 400-seater train departing Derry on August 26 has been allocated to the Derry Diocese. It will leave Derry between 4.30am and 5am arrive in Dublin Connolly station at 9am. The Derry News has learned that 200 advanced booking seats have been sold to Derry Diocese, with a further 200 seats set for general release in early July. The 200 seats to be made available to the Derry Diocese will be priced £48.50 per adult, while the child return fare will be £24.50 It has also emerged that the additional 200 seats which go on sale via general release are not sold by July 21, the remainder will be then be offered to Derry Diocese. Meanwhile, the Bishop of Derry Donal McKeown has said the visit of Pope Francis to Ireland is an opportunity for the country to showcase itself to the world by putting ‘bad news’ and ‘poor role models’ to one side by celebrating ‘hope’. “People are coming from all arts and parts, from a whole range of cities around the world," he said. “Having had the annual Eucharistic Congress in Dublin in 2012, which was another comparable event, we’re very happy to host international events, to show both what we’re fit to do and what Ireland is like.” He added: “I’m looking forward to it, at a time when there is so much bad news in terms of war, starvation and angry politicians here and everywhere else." Welcoming the decision by Translink to provide the train service, SDLP MLA Mark HDurkan said: “I have been in negotiations with them regarding this issue for months as I realise there will be huge demand for this. “It’s important to make the it as accessible as possible to as many people as possible. “We need to see greater usage of train services and I want to work with Translink and Irish Rail to look at future provision of trains for particular events.”
ADVERTISEMENT - CONTINUE READING BELOW