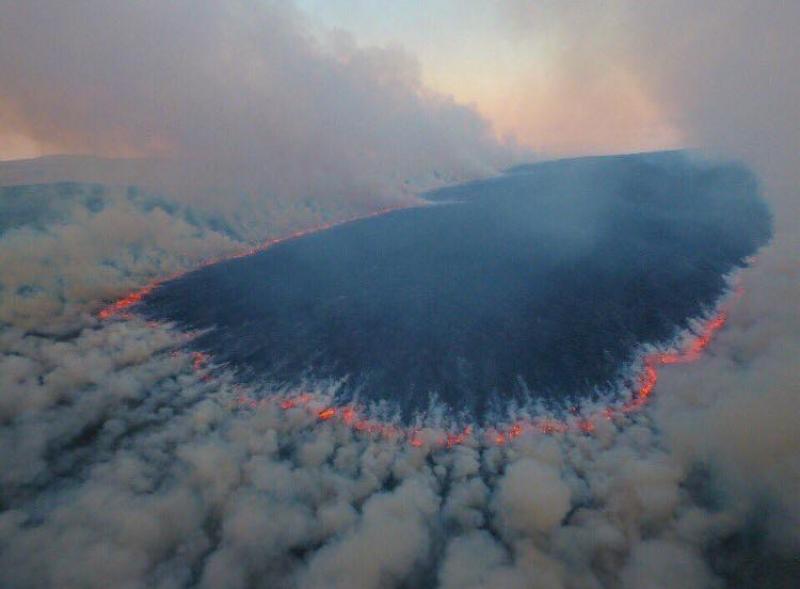 Well-known BBC weatherman, Barra Best, has shared striking images of the gorse fire at Glenshane Pass in County Derry. The fire broke out yesterday during temperatures that soared to almost 30c and were the highest recorded here since 1995. The BBC weatherman shared the photos, taken by Kevin McCloskey, on his Facebook account with the caption: 'Wow - this is the gorse fire that firefighters have been tackling near the Glenshane Pass in County Derry. Photos by Kevin McCloskey. #Heatwave' Firefighters tackled the blaze yesterday, which was a mile long, after being flown by helicopter. They had to wait until later in the day as the extremely hot weather prevented them from reaching the fire most of the day. They initially had walked for an hour to reach the fire but could not get to the flames. Drones were then used to identify the area affected and it was decided there was no risk to life or property. Fire crews were then deployed to work through the night and into this morning and were assisted by the Forest Service and Coastguard.
ADVERTISEMENT - CONTINUE READING BELOW