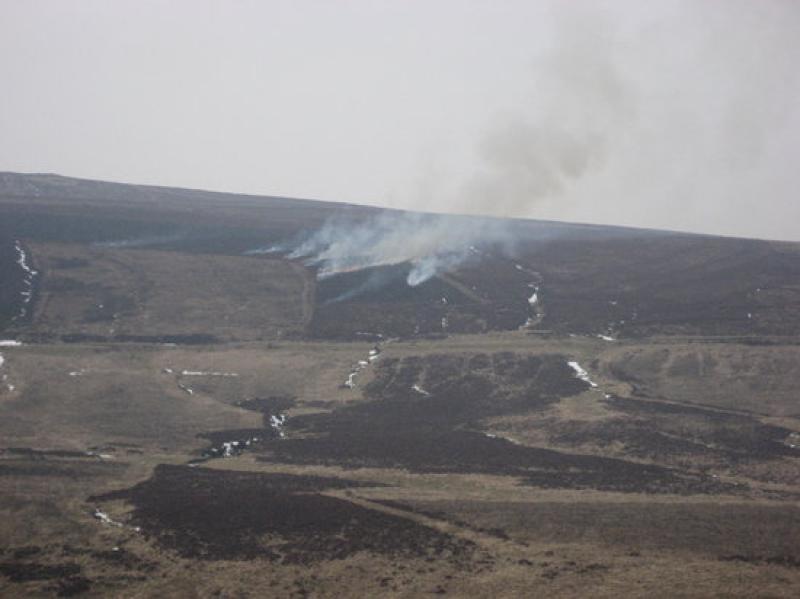 Firefighters are continuing to battle a gorse fire on Glenshane Pass. The blaze which began on Wednesday is affecting hundreds of acres of land on a mountainside in a remote area of the Sperrins near Dungiven. Firefighters maintained a watching brief overnight at the scene of a gorse fire on the Glenshane Pass overnight. Mark Smyth from the NI Fire & Rescue Service (NIFRS) said "great progress" had been made throughout Thursday. He said there is a possibility the fire could burn out overnight, but if it does not the operation will resume on Friday. The fire was first reported at 04:57 BST on Wednesday morning. Heat prevented fire crews getting to the scene for much of the day and they were taken to the scene by helicopter on Wednesday evening. Conditions were more favourable on Thursday and four fire appliances and a command support unit attended the scene. One appliance stayed at the scene on Thursday night. The video below shows a helicopter being used to ferry fire crews to the scene on Wednesday night. [embed]https://twitter.com/derrypost/status/1012039614599761920[/embed]
ADVERTISEMENT - CONTINUE READING BELOW