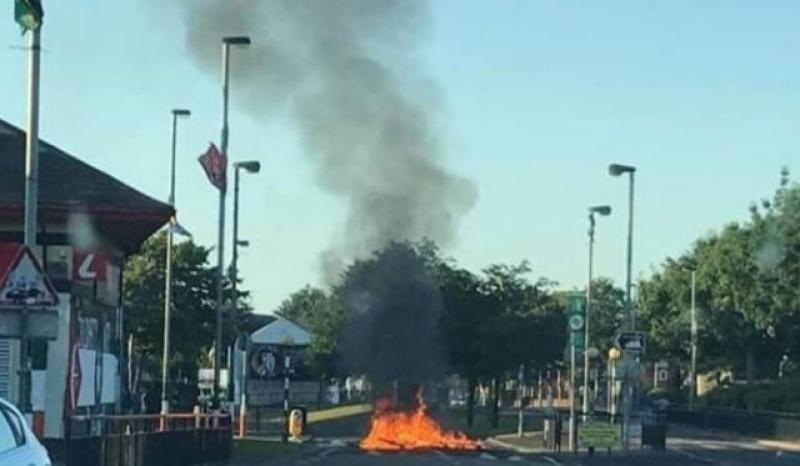 Police in Derry have seized a number of petrol bombs following last night's bomb hoax at Lecky Road. Police also appealed to those responsible to stop 'damaging your own community' and thanked people in the area who assisted police in restoring normality. The police made the statement on their Facebook page, PSNI Foyle. It read: 'So while everyone is no doubt relieved that the device left last night on the Lecky Road was a hoax, we have concerns around the wider intent. 'Someone has woken up this morning to find their stash of petrol bombs hidden close to last night’s scene is now gone. Don’t worry – we found them! 'And while the reality is those petrol bombs would likely have been used against officers at the scene, it’s not just us you are impacting. 'You are damaging your own community; you are drawing much needed police resources away from the crimes the vast majority of people living next to you want us to prevent and solve; and you are chipping away at the work being done by community reps who only want to make this a better place for people to grow up in, find employment and live peaceful lives. 'But hey, that’s your call. In the meantime we will safely dispose of the petrol bombs and get back to keeping everyone in this city safe. 'Shout out to those who worked with us last night to get the area back to normal and a request to parents and those with influence to ensure young people are not getting caught up in activity that only harms our community. #onecommunity' Pictured above: A fire was set close to the bottom of the Lecky Road flyover last night. A suspicious device was later found in the area. The area was closed off but the device was examined and declared to be a hoax.
ADVERTISEMENT - CONTINUE READING BELOW