Tower Talk to explore the story of Derry's Springtown Camp 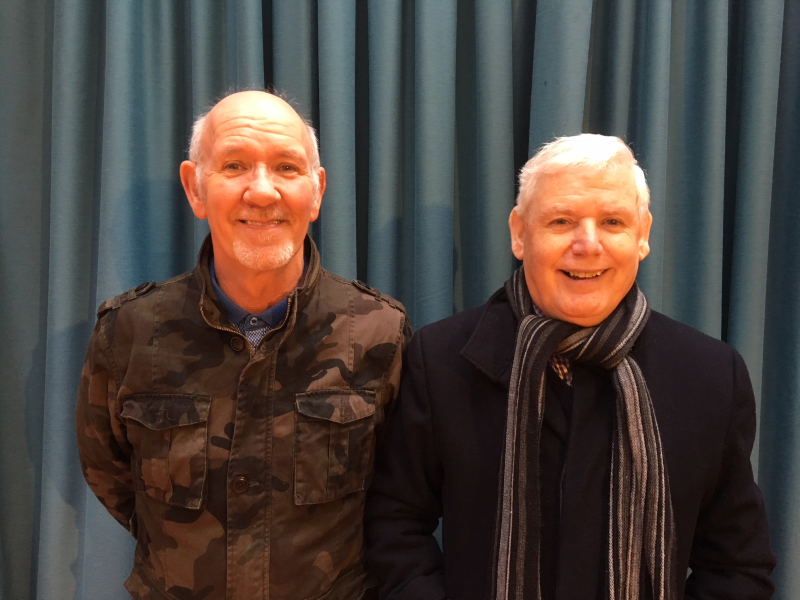 The next in the summer series of Tower Talks will focus on the story of Springtown Camp, with accounts from two former residents of the camp who are hoping to establish a permanent memorial to the former American naval base which became home to an entire community. The talk will take place in the Tower Museum's Learning Space on Thursday July 5th at 7pm, when Willie Deery and Hugo McConnell will share their experience among the hundreds of families who made the camp their home in the 1940's. Thousands of local people occupied the tin huts which were vacated by the American military at a time when the shortage of local houses meant many families were forced to live in cramped squalid conditions. The poorly constructed army issue tin huts provided a roof over the heads of many desperate people and the camp, which is now the site of Springtown Industrial Estate, became its own community. During Thursday's talk Willie and Hugo will give their account of the desperate living conditions in the camp and the stigma attached to the address, as well as revealing some of the statistics about life in the camp down through the years. The talk will include maps and resident lists from their research. Hugo will share some of his memories of growing up on the camp as a boy, which he describes as "tales from the beat, the burn, and the bridge" and his stories of the freedom and innocence of growing up in Springtown. Speaking ahead of the event Hugo encouraged other residents of the camp to come along and share their own memories. "We would like to welcome as many former residents of Springtown Camp as possible to the talk," he said. "This is our collective shared history." Learning and Engagement Officer with the Tower Museum, Emma McGarrity, said the story of Springtown Camp formed an important chapter of the city's history. "The conditions which people were forced to live in at the camp prompted people to begin the campaign of protest about the housing crisis in Derry. In 1959 the women of Springtown camp were the first of the city's residents to bring their protest about poor housing conditions to the Guildhall. "Later in January 1964, the people of Springtown marched in protest at their housing conditions, a prelude to the protests that were to come later in the same decade. "This talk will offer the chance to hear more about what local people had to endure and Willie and Hugo will explain how the actions of the Springtown Camp residents inspired future campaigns for housing equality in Derry." The talk is part of the Speeches, Strikes and Struggles series which marks the 50th anniversary of the Civil Rights movement with a full programme of events, exhibitions and activities taking place throughout the year. Admission is free and you can book a place by contacting the Tower Museum on 02871372411 or email tower.reception@derrystrabane.com Pictured above: Hugo McConnell and Willie Deery, former residents of Springtown Camp, who will reminisce about life when they lived in Springtown Camp.
ADVERTISEMENT - CONTINUE READING BELOW