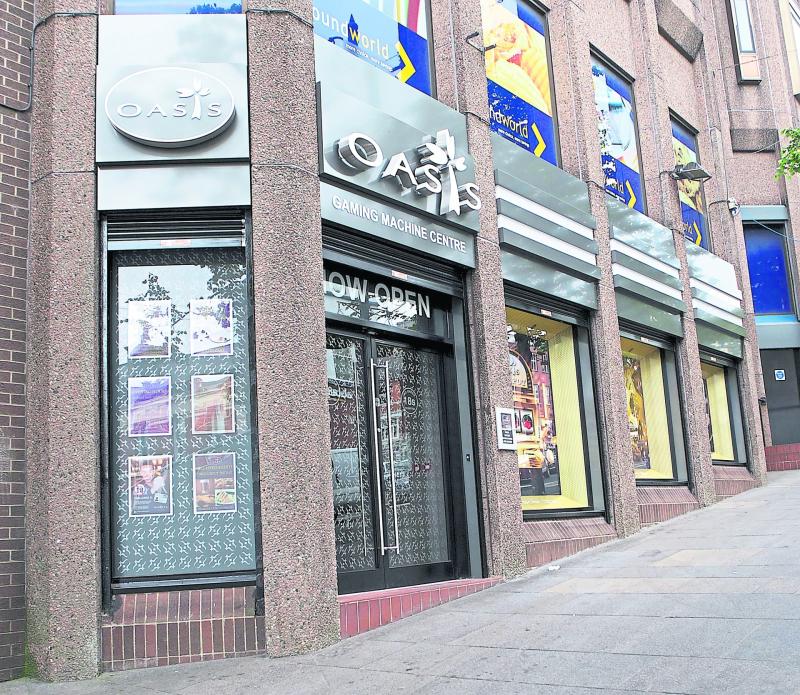 DERRY’S council is to review its current policy as to how it grants licences for amusement arcades, it has emerged. Currently, Derry City and Strabane District Council has the power to grant or refuse amusement permits in the council jurisdiction, which entails amusement permits being issued to premises with planning permission. These are described by the council as amusement arcades, which have ‘amusement with prizes machines’ normally known as gaming machines. The council has stated that in issuing such permits, it aims to ‘support a vibrant business environment, create opportunities for businesses and provide diversity and consumer choice’. It adds that council at the same time seek to ‘prevent nuisance and inconvenience, protecting public safety and averting crime and disorder’. However, the council is now reviewing its current policy regarding how it issues such permits, and is seeking the public’s view on the issue. In June of last year, a Derry court overturned a decision by the council to refuse a permit for a new gambling arcade in the city centre. Newtownabbey-based Oasis Retail Services had lodged an application with Derry City and Strabane District Council for an amusement permit to open a gaming centre at Unit 23 on Level 2 of the Richmond Centre. The company had hoped to install 70 gaming machines at the unit, formerly occupied by Dunnes Stores, which has lain empty for the past 14 years. The unit has an entrance on to Shipquay Street. The application was refused after councillors unanimously voted against it at a meeting of the council’s Health and Community committee in February of last year. However, the decision was then quashed at a hearing of the Court of Appeal in Derry after Judge Elizabeth McCaffrey said she had a number of concerns with council's reasons for refusal and granted the appeal. In its consultation document, the council sets out the criteria it uses for assessing the suitability of a location for a proposed amusement arcade, the impact on the ‘retail vitality and viability’ of Derry city and Strabane town, the impact on the image and profile of council district and the ‘cumulative build-up of amusement arcades in a particular location’. The remaining criteria are proximity to residential use and the proximity to schools, youth centres and residential institutions for vulnerable people. The document also focusses on how the council aims to ‘enhance the tourism and cultural appeal of Derry City and Strabane by protecting their image and built heritage’. Therefore, the council says it will not ‘grant amusement permits at locations regarded as tourism assets and at key entrance junctions’ into Derry’s town centre or Strabane town centre. “Council will protect those areas, buildings and their settings, if appropriate, that are inherently linked to the image and tourist profile of the core centre in Derry and Strabane,” it states. Council has also stated that one of its corporate objectives is to ‘support people, communities and neighbourhoods’ and that this is also a key objective of this policy and therefore will seek to ‘prevent amusement arcades opening in predominantly residential areas’. Commenting, the SDLP Foyle MLA urged local people to have their say in the consultation. “There has been a lot of local opposition to and anger about recent applications for gaming arcades,” he said. “Here in the North there are twice as many gambling machines per head of population as in England. “Council are consulting on a new policy for licensing gaming arcades here and the consultation closes next week, and I would urge people to ensure they have their say.” The consultation can be found online at www.derrystrabane.com/Licensing/Public-Consultation. All comments and recommendations must be forwarded before 12 noon, tomorrow, Saturday, June 30, 2018.
ADVERTISEMENT - CONTINUE READING BELOW