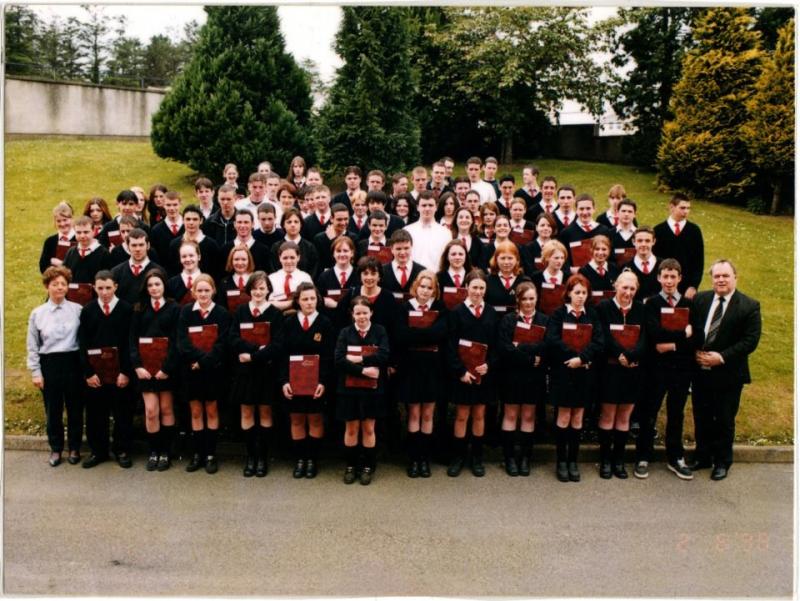 FORMER pupils at a local school will get together in Derry this weekend for a fundraising event with a difference this weekend. The event will see the Class of ’98 from St Patrick’s and St. Brigid’s College in Claudyget together at the Brickwork Lounge in the city to celebrate their 20th anniversary. Sadly however, a number of former pupils have passed away in the intervening years, with those behind Saturday night’s event using it as an opportunity to raise funds for ‘Me4Mental’, a locally based mental health support group made up of volunteers. Speaking to the Derry News ahead of the event, one of the organisers, is Seány O’Kane, said that they had decided to acknowledge those who would not be present on the night. “We were very fortunate to have such a close-knit year group, with several pupils going on to marry one another and having babies upon leaving,” he said. “Sadly however, in the years that have followed, we have lost several pupils due to very unfortunate circumstances from tragic accidents to suicide. “After some reflection, we felt it would be unjust to not acknowledge those that have passed and therefore want to make the event a real force for good, ensuring that we can raise money for a charity that strives and works hard for suicide prevention. “The local organisation that we have chosen to raise funds for is called ‘Me4Mental’ and they are comprised of a volunteer group who rely on public contributions as they do not receive any government help.” He added that the organisation’s chairperson, Patricia Flanagan, will be present on the night to thank each individual company that have contributed. To find out more about the group, www.facebook.com/Me4Mental. Pictured above - the class of '98.
ADVERTISEMENT - CONTINUE READING BELOW