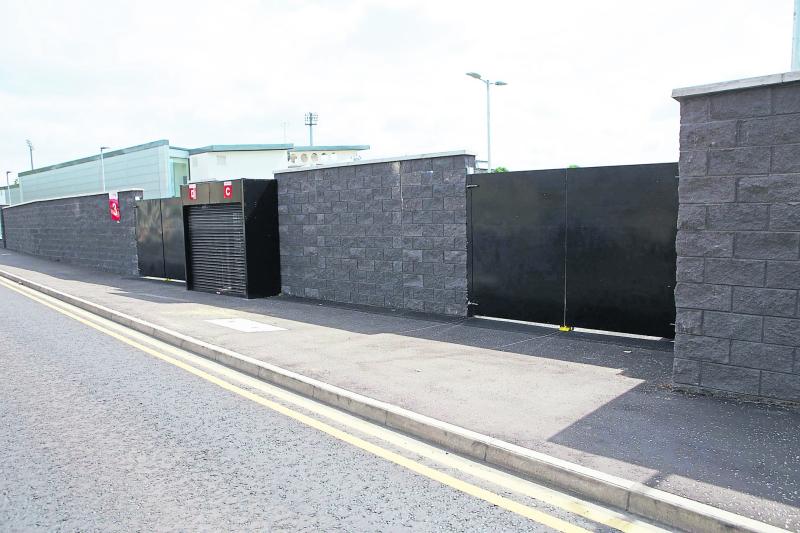 A DISABLED pensioner who has been attending Derry City matches for over 50 years has raised concerns over the current levels of access at the Brandywell stadium. The stadium re-opened in March of this year following a massive £7m regeneration scheme undertaken by Derry including a new 955-seater stand that incorporates new changing rooms, media facilities, and meeting spaces. However, concerns have now been raised over disabled access at one section of the new stadium. The Derry News was contacted earlier this week by a 73-year-old man who said he was unhappy with the lack of a proper disabled access at the Lone Moor entrance of the Brandywell, poctured above. The pensioner, who has been attending games since 1963 also raised concerns over the distance between the disabled parking bays and the stadium. “I have a season ticket for the Mark Farren Stand, so I would go in the Lone Moor stand,” the man, who asked not to be named, told the Derry News. “It’s very difficult for me because I have to go down the steps and there should be some sort of ramp there at least. “The disabled parking bays are down at Southend Park, which takes twenty minutes to get up from.” The man called for a review to be conducted into the situation. “The council spent a lot of money on the stand, so you would think it’s not going to be the end of the world to sort out the Lone Moor entrance,” he added. “It’s got to the stage now where I have to leave an hour and fifteen minutes before the match starts just to make sure I’m in my seat at kick-off.” The Derry News contacted the local council about the issue, with a spokesperson responding that it had passed the concerns to the club. “All parking provision at the Brandywell site is in compliance with current planning policy guidelines. “On Derry City FC match nights at the Brandywell, access in and out of the ground (including disabled access) is the responsibility of the club. “The concerns of the patron involved have been passed onto the club officials.”
ADVERTISEMENT - CONTINUE READING BELOW