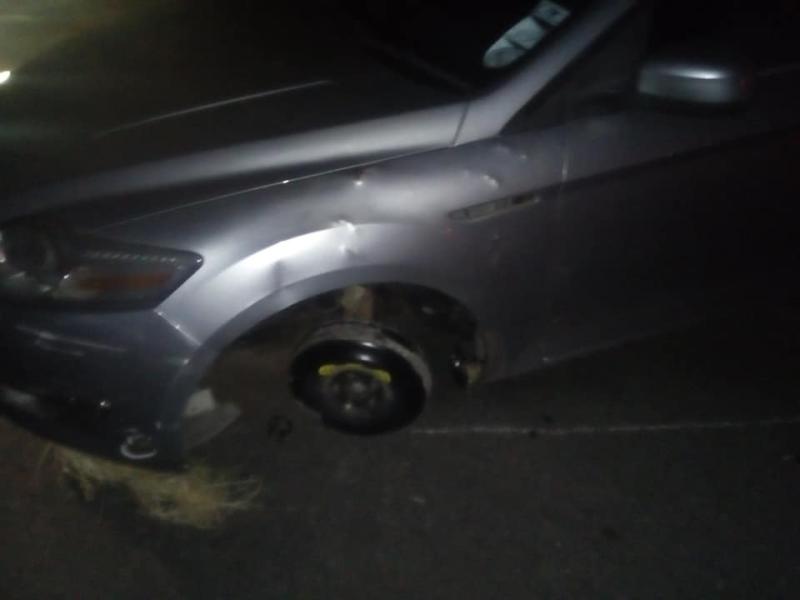 Detectives are appealing for witnesses following three burglaries in Derry during the early hours of yesterday morning, Sunday, July 1. Shortly after 12.20am it was reported that two unknown males entered a house in the Balloughry Road area of the city and assaulted the male occupant before making off with the family car, a blue Volkswagen Up. The man, aged in his 40’s, sustained a scrape to his head as a result of the incident. Shortly after 1.30am it was reported that a house in the Drumleck Drive area of the city was entered and a sum of cash and prescription medication stolen. It was reported that sometime during the early hours a house in the Rockfield area of the city was entered and the keys to the family car stolen. The car, a Ford Mondeo, was found abandoned on the Lenamore Road shortly after 2am (pictured above). Detectives are appealing for anyone who witnessed the incidents or anyone with any information that can assist with the investigation to contact detectives in Strand Road Police Station on 101 quoting reference 38 01/07/18. Or, alternatively information can also be provided to the independent charity Crimestoppers on 0800 555 111 which is 100% anonymous and gives people the power to speak up and stop crime.
ADVERTISEMENT - CONTINUE READING BELOW