'The airport will no longer be sustainable beyond May 2019' - Future of Derry airport in doubt unless £2.5m funding is ‘urgently’ released 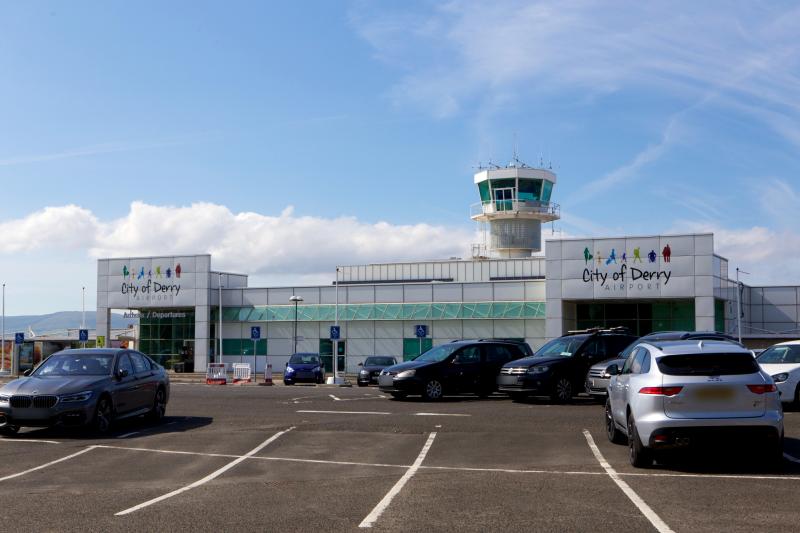 THE future of Derry’s airport is in doubt after a council report revealed it will be ‘unsustainable’ after May 2019 unless £2.5m in government funding is allocated to the facility. The revelation comes after it emerged last week that Derry City and Strabane District Council, who own the City of Derry Airport, have been unable to access the funding which it was awarded from the Northern Ireland Executive in November 2016 for ‘route development’. A meeting of the council was told earlier this month that this was due to the fact that there is no functioning Stormont Executive to sign off on the money. The £2.5 ‘Route Development Fund’ was set aside by the NI Executive to enable the London Stansted route from Derry – known as a Public Service Obligation (PSO) route – to continue until after May 2019. However, it has now emerged that if the funding is not confirmed by late August/September this year, then not only will the London route cease, but the future of airport itself will be in doubt. In a report to be presented at the council’s Governance and Strategic Planning committee, to be held tomorrow, it states that the funding is a ‘critical short-term requirement’ to allow the airport to continue running after May 2019, and secure the future of the 110 staff who work there. “In the short term, the airport is seeking immediate access to the £2.5m Route Development Fund set aside by the NI Executive to enable the London Stansted PSO to continue after May 2019,” the report states. The report continues that there is an ‘urgency’ to this request, in order for a tender or a renegotiation process in order for the London route to continue to operate beyond May 2019. It adds: “To enable to this to be progressed, the required funding must be confirmed by late August/September 2018. “Failure to do so will mean the London route will cease and the airport will no longer be sustainable beyond May 2019.” The report continued that despite the NI Executive having made a ‘clear commitment’ to provide the funding, and recent correspondence with the council, it ‘has not yet been released’. The council added that ‘critical engagement’ needed to continue between officials and Ministers on the matter. The Derry News has also seen the letter sent to the council by David Sterling, the Head of the Civil Service. In the letter, which is addressed to the council’s Chief Executive, John Kelpie, Mr Sterling states that the Department for Economy had worked ‘closely’ with the council to develop a business case for future potential route development. However, he adds that it has not been possible to ‘advance’ this due to the ‘absence of both funding and Ministers’. Mr Sterling also warns in the letter that even if the money is used to fund the London Stansted route beyond May 2019, this would ‘potentially render any further route development proposals unaffordable’. The local council currently provides annual funding to the City of Derry Airport (CoDA) to the value of £2.145m through ratepayers with a further £1.3m being set aside to fund capital loan charges. In addition, the council report also states in relation to ‘management support’ at the airport, the current contract is up in March 2020. “Consideration must now be given to the most appropriate future needs of the airport with regards to management support and the mechanism/timeframe to procure this support,” the report adds.
ADVERTISEMENT - CONTINUE READING BELOW