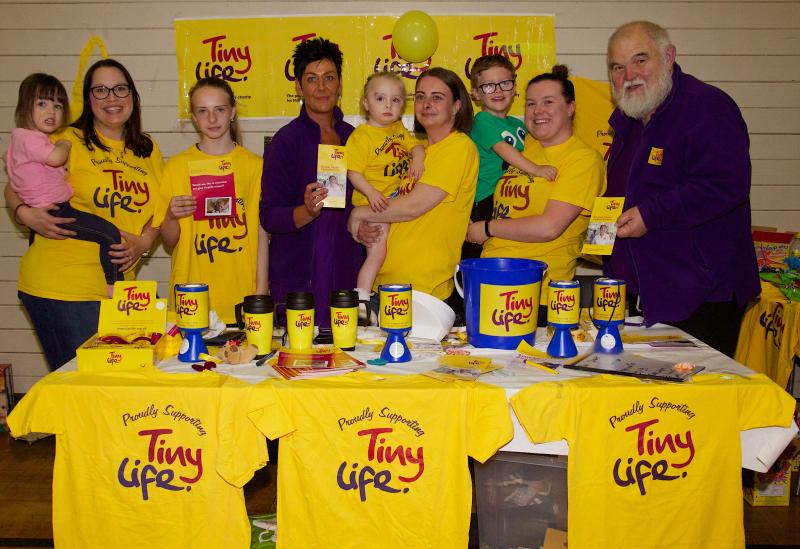 A DERRY mum whose baby girl was born three months early weighing just one pound and seven ounces has paid tribute to a local charity that supported her family. Kerry McCauley’s daughter Jade was born at Altnagelvin Hospital just 27 weeks into her pregnancy. Her waters had broken at just 22 weeks and she spent five weeks in hospital before going into premature labour. Jade’s birth was followed by a long stay in Altnagelvin’s Neo Natal Intensive Care Unit (NNICU) where she required help to breathe and feed. Now aged three, she is in good health but she has suffered some developmental delays caused by bleeds to her brain which are very common in babies that are born so early. “She had two separate bleeds, one was bigger than the other and they resolved themselves but she had every test going,” Kerry told the Derry News. “MRIs and lumbar punctures, everything.” Jade was also placed on life support at Royal Victoria Hospital in Belfast at seven-months-old after contracting an infection, which are also very common in premature babies. “Thinking back on it the first year was the most difficult part,” Kerry added. “Some people had a better journey but some people had a harder journey. “Some babies didn’t make it and some had developmental delays or learning disabilities. Throughout all this Kerry and her family were helped by TinyLife (formerly NIMBA), a charity set up to support premature babies and their parents. Lynn Patterson, Family Support Officer for Tiny Life in Derry and Strabane, is based at the NNICU at Altnagelvin where she offers help and guidance to families facing a very frightening and stressful situation. The charity holds monthly meetings for parents and babies at the Play Shed and offers courses in baby massage. And it also has trained and vetted volunteers who will come out and look after premature baies in their homes to offer their parents some respite. “Lynn at Tiny Life had a premature baby herself so she knows exactly what you are going through,” said Kerry. “The monthly meetings are great because you get to talk to other parents who are in the same situation and are going through all the same things.” She continued: “You can offer other families advice and tell them how we dealt with things when our baby was in hospital and all the appointments you have to go afterwards. “You have other things like Sure Start which is great, but because the babies there are all full term it’s different and it’s difficult not to compare your child to other people’s even though you know you shouldn’t.” Jade’s future is now looking positive and she will be starting nursery school at Steelstown in September. Kerry decided to hold a fundraiser for the charity at the Shantallow Community Centre last week to thank them for everything they have done for her family. The event was very well attended and raised £702 from the charity which is celebrating its 30th anniversary this year and has raised over £500,000 for medical research during that time. Pictured at the Tiny Life 30th Anniversary Family Fun Day held in Shantallow Community Centre, are, from left, Louise Coyle, Ayla Coyle, Cara McCauley, Lynn Patterson, Kerry McCauley, Jade McCauley, Eoin Cusack, Nicola Cusack and Brian McCluskey. (Photo - Deirdre Heaney, nwpresspics)
ADVERTISEMENT - CONTINUE READING BELOW