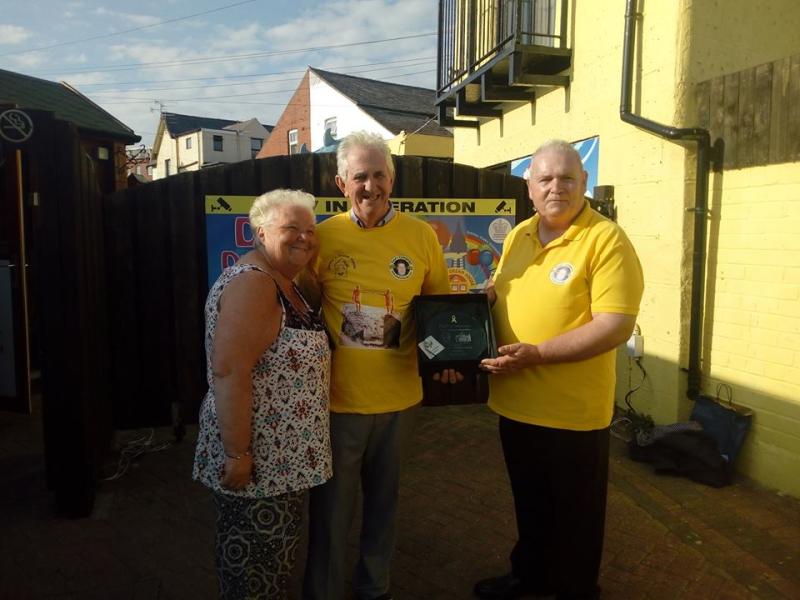 TWO charities which were both set up upon the dying wish of the founder's children have teamed up to offer local families with terminally ill children the chance to have a dream holiday. Paul’s Campaign in Derry and Donna’s Dream House in Blackpool made contact by chance but have now formed what they hope will be a lasting alliance. Len and Barbara Curtis founded Donna’s Dream House in their home city of Blackpool after their daughter said it was her dying wish to provide terminally ill children with the chance to have a holiday. The dream house can accommodate seven families at a time and has themed rooms featuring all their favourite TV characters. Derry charity Paul’s Campaign was set up by Francie and Marion Coyle in memory of their son Paul who died from a cancerous sarcoma. Like Donna, it was Paul’s dying wish that the group be set up as he wanted to educate other people about the disease. Deborah Lamberton, who is a fundraiser for Paul’s Campaign, was on holidays in Blackpool when she came across Donna’s Dream House. After finding out about the work they do she approached the founders about forging links between the two charities. Earlier this month Francie, Deborah and Paul’s Campaign ambassador Sean Gallagher visited Blackpool and met Len and Barbara who told them they would welcome Irish families at their facility. Francie and Len bonded because they had both lost and child and dedicated themselves to fulfilling that child’s dying wish. “We were just two daddies talking to each other,” said Francie. “There was a real connection.”   Wish   Paul’s Campaign now hopes to fly eight families a year over to Donna’s Dream House where they will have a free holiday with daily excursions. “Through some hard work and close talks with the team in Donnas Dream House we were delighted to strike up a strong and hopefully long-lasting working relationship with Len and his establishment,” said Francie. “It was a brilliant visit and we were blown away by the work they do. “It was Donna’s dying wish that young people would get to experience this. “The family started it from scratch on some waste land and now it has grown into amazing facility.” Paul’s campaign has already secured the first two families that it is sending out and next month Len and Barbara will be visiting Derry where they will be given a civic reception. “Our main goal is getting the awareness out about Sarcoma Cancer and his opportunity it is taking us to the UK,” added Francie. “We will always be out there somewhere educating someone”
ADVERTISEMENT - CONTINUE READING BELOW