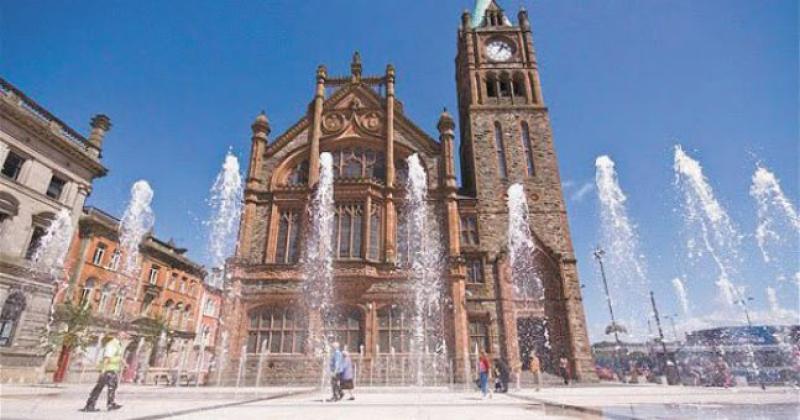 DERRY’S council has said that it is only using water for ‘essential maintenance’ after concerns were raised about its contractors using hoses earlier this week to clean areas of the city centre. The council has also confirmed that the water fountains at Guildhall Square will now be turned off due to the ongoing water shortage. The statement was issued after the Derry News was contacted by a member of the public who spotted a contractor working on behalf on Derry City and Strabane Council using a hosepipe to clean an area of the Strand Road on Tuesday afternoon. It comes after a hosepipe ban was put in place across the north on Friday night due to water shortages caused by the ongoing hot weather. As a result, the public is being asked to limit the use of tap water to the essentials, like drinking, cooking and washing. Commenting, a spokesperson for Derry City and Strabane District Council confirmed that Tergo Solutions are currently undertaking street maintenance works and deep cleaning in the public realm area of the city centre in preparation for the Clipper Festival. “During the current shortage, council is using water only for essential maintenance and it has curtailed a number of non-essential activities including turning off the water fountains in Guildhall Square,” the spokesperson added.
ADVERTISEMENT - CONTINUE READING BELOW