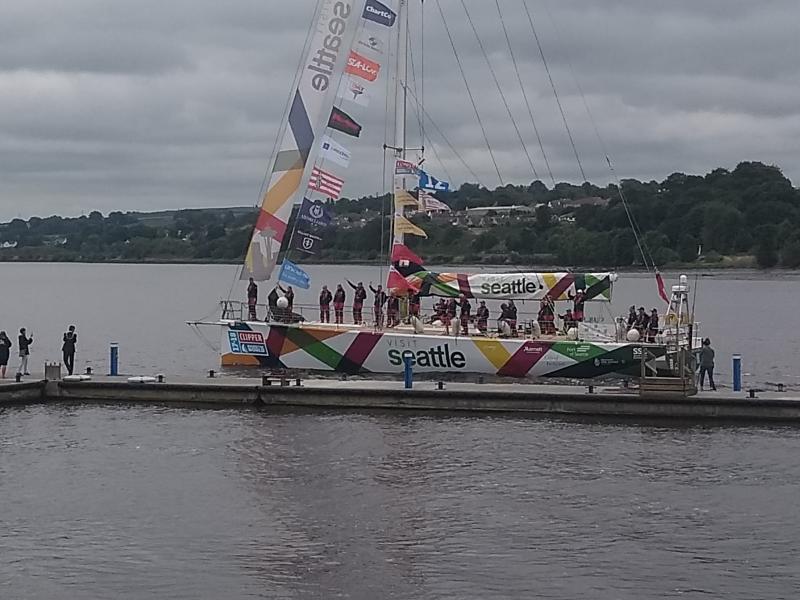 The winner of the Clipper race to Derry and youngest ever skipper in the competition has spoken of her pride in crossing the Derry line first. Visit Seattle is the first yacht to travel in to Derry having won the penultimate race of the Clipper Round the world race. People lined Derry's quay to welcome the first boat in and others are expected to follow imminently. The team, which has the youngest skipper in the race, has made its claim for the overall Clipper Race victory by winning the 3,000 nautical race across the Atlantic Ocean. Visit Seattle crossed the finish line in an area north east of the entrance to Lough Foyle at 00:21:57 on Monday, July 9, during the fast-paced sixth and final ocean crossing of the eleven-month circumnavigation, in just over 12 days. At 23 years of age, Nikki Henderson from Guildford is the youngest ever skipper in the race. Sailing with family and friends since the age of 13, the idea of being able to work at sea was planted after a short stint in the Sea Cadets. Nikki has since carved a successful sailing career, in both racing and instructing which would rival those twice her age. Following her team’s victory, she said: “I am so proud of how hard my team worked to get this win. The crew never let up over the past two weeks and really deserve this result. “We will certainly be celebrating the result in Derry-Londonderry but we all know the job isn’t done yet. The leaderboard is very close so the final race to Liverpool will be very exciting.” Pictured above: The Visit Seattle crew in the Derry quay.
ADVERTISEMENT - CONTINUE READING BELOW