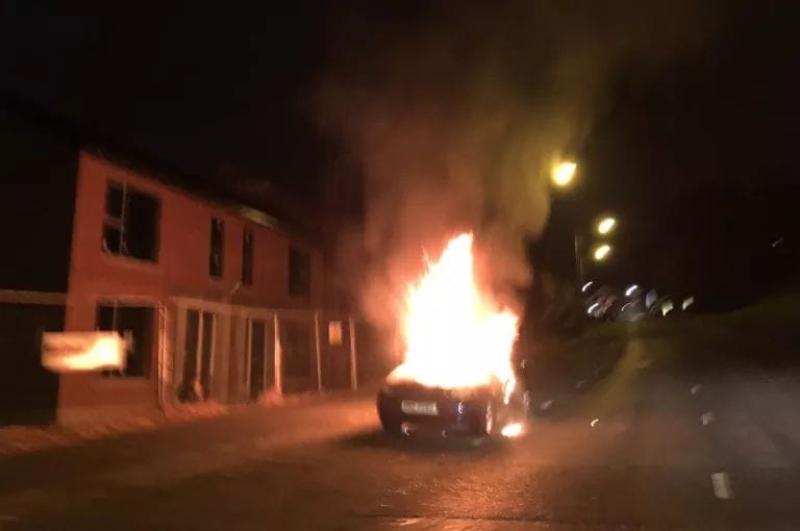 The PSNI has said that three arrests were made in Derry last night after 26 petrol bombs were thrown at police duing another night of trouble in the Bogisde area. "Police are disappointed that some people decided to continue the public disorder in the Bogside, despite the clear message from the community earlier," a police spokesperson said. "Last night there were 26 petrol bombs thrown at police, occasionally putting innocent members of the public at risk. "One passerby was struck with an object and two of our officers were injured. "A car was set on fire in Fahan Street further endangering the community. "We will continue to protect the people from this anti-community behaviour, three arrests have been made tonight, and more will follow." Pictured above - a car on fire in Fahan Street.
ADVERTISEMENT - CONTINUE READING BELOW