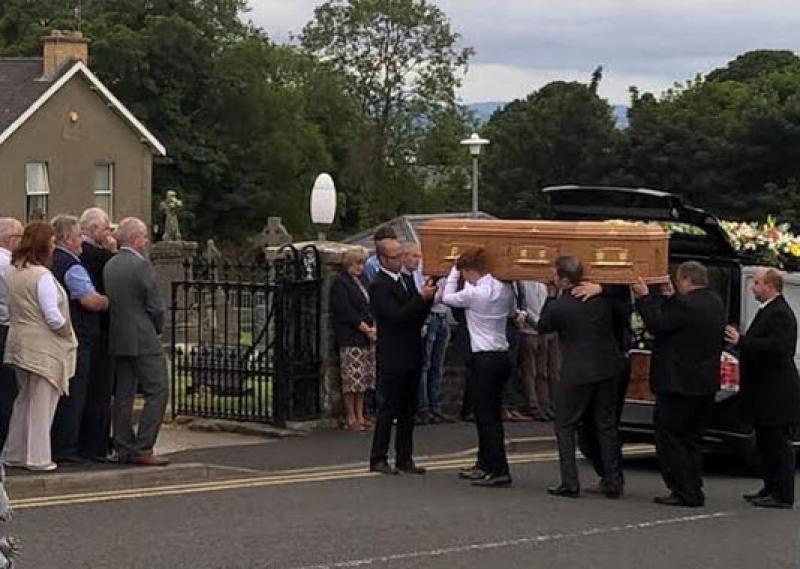 The funeral has taken place of the Derry man killed in last week's road crash in Inishowen. Eddie McIntyre, from Craigtown, Fahan, died after his Harley Davidson motorcycle was in collision with a Hyundai car at Castleforward, Fahan, on the main Buncrana to Derry road shortly after 5.15pm on Wednesday. The father-of-four, the youngest who is just 14 years old, was owner of the 19th Hole bar in Bridgend. Originally from Maybrook Park area in Derry, Mr McIntyre, who was in his 50s, was well-known and respected on both sides of the border. Around 1,000 mourners attended his Requiem Mass in St Mura's Church, Fahan, this morning. He was laid to rest in the adjoining cemetery.
ADVERTISEMENT - CONTINUE READING BELOW