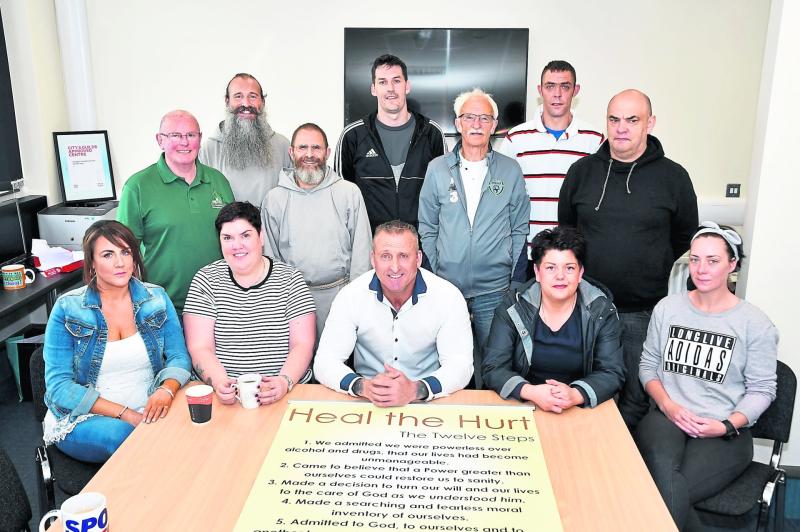 A Derry charity which offers free counselling to those suffering from the effects of alcohol and drug abuse celebrated its second anniversary with a special event in the city. ‘Heal the Hurt’ was founded in 2017 by Derry man Liam Stewart who started the initiative in a bid to provide a support network to those battling addiction, receiving help from both the clergy and the community to tackle the issue. The anniversary event took place at the Creggan Neighbourhood Partnership (CNP), where those who have availed of the services offered by Heal the Hurt joined with those involved in the project to reflect on their combined achievements. Speaking to the Derry News, Liam Stewart, founder of Heal the Hurt, said that hundreds of people had used the service over the past two years. He added that while the services they offer can be ‘demanding’ for its volunteers, the reward of seeing people’s lives being turned around was more than worth it. “For myself as the founder of heal the hurt the work I do is very demanding, especially with no wages coming in and trying to run a unfunded organisation is tough to say the least,” he said. But when giving someone or someone's family a bit if hope and seeing the changes in them is very rewarding part for me.” He added that Heal the Hurt also receive help from a support network involving local councillors, community groups and the clergy. “Without the support of the likes of Tony Doherty and Shauna Nixon, Kevin Campbell and Elisha McCallion it would not be possible to have gone this long. “I would also like to say a massive thank you to the Franciscan Friars for their commitment, Father Issac, Father Christopher and Father Thomas and Reverend David Latimer of the First Derry Presbyterian Church has also been very supportive.” One local mother, who did not wish to be named, said that the services offered by Heal the Hurt had helped her son beat his drug addiction. “I wish is that more young men and woman take the step to seek help and support, because it’s out there,” she said. “I have no doubt that without the help my son received he wouldn’t be here anymore.” PICTURED ABOVE - Liam Stewart, seated, pictured with people who attended the meeting held in the Corned Beef Tin building, Creggan, to mark the second anniversary of Heal the Hurt.
ADVERTISEMENT - CONTINUE READING BELOW