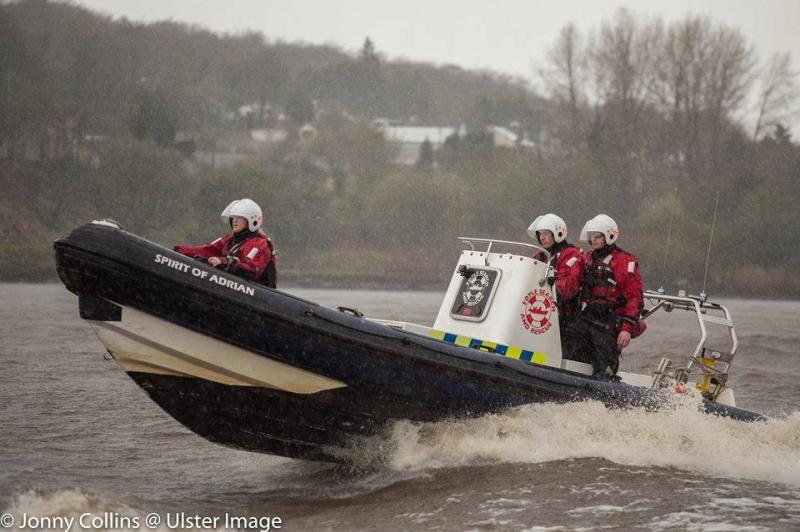 Foyle Search and Rescue have confirmed a man was rescued from the River Foyle last night after entering the water and was treated for his injuries. In a statement they said: 'At 17:27hrs on Tuesday 10/7/18 Foyle Search & Rescues Pager Teams were tasked by the Police Service of Northern Ireland to reports that a person had been observed entering the water. 'A mobile Unit, Boat and Jetski responded, on arrival on scene FSR conducted a joint rescue with our colleagues from Community Rescue Service who were conducting Sonar Search Operations in the area. A male was located and rescued from the water. 'The person was then assessed, stabilized & treated for his injuries on location by Emergency First Responders from Foyle Search & Rescue before being transferred to land and removed to hospital by the Northern Ireland Ambulance Service. 'Appreciation to CRS,CCTV, PSNI, NIAS and all FSR pager Teams for there rapid response.' Pictured above: Foyle Search and Rescue courtesy of Jonny Collins @ Ulster Image.
ADVERTISEMENT - CONTINUE READING BELOW